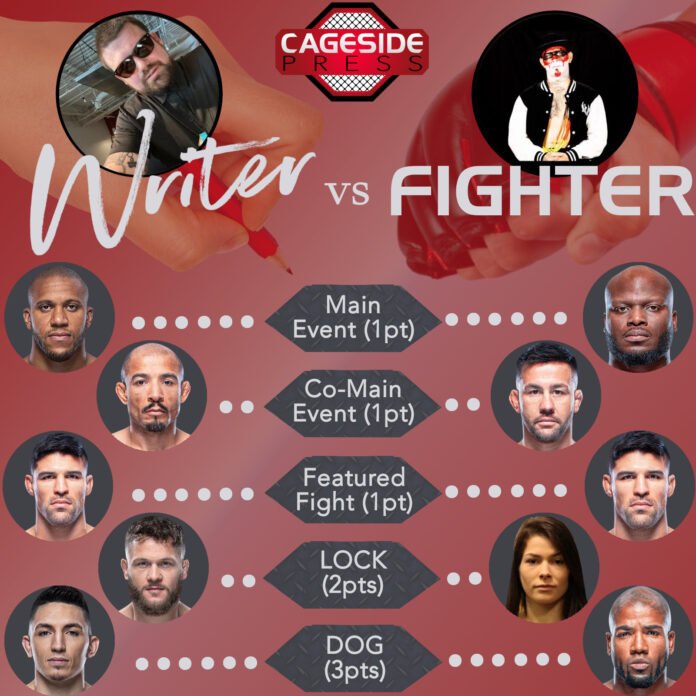 It’s time for another battle for pick supremacy. We pit those who write about face punch with those who do the punching to see who knows more about what will go down at UFC 265. Here’s how each week has gone so far:

Roque Martinez continues the hot streak for the fighters thanks largely to a nice prediction in the main event and with the underdog Jared Gooden. The fighters have now closed the gap to 11-9 and look to make it even closer this weekend at UFC 265.

On this week’s edition, Cageside Press’ Alex Behunin tries to stop the bleeding for the writers. To do so, he’ll have to fend of Brok Weaver who looks to make it 4 straight for the fighters. Let’s take a look at the picks. 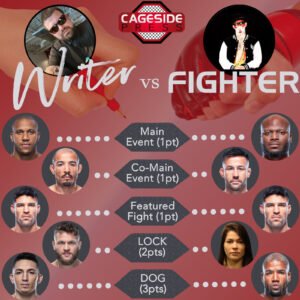 The main card is a little more varied than in the past weeks. While both guys agree that Vicente Luque will beat Michael Chiesa, they are split on the main and co-main events. Behunin likes Cyril Gane and Pedro Munoz to get the job done in those fights. Weaver meanwhile likes Derrick Lewis and Jose Aldo.

The real difference might be made on the prelims though in the featured bout between Bobby Green and Rafael Fiziev. Weaver is riding with Green as his dog and Behunin is on Fiziev as his lock – that’s a 5 point swing one way or another. The rest of the picks are rounded out with Weaver taking Melissa Gatto as a lock and Behunin taking Vince Morales as his dog.

May the best writer/fighter win! Check back here to see the results following the conclusion of UFC 265.