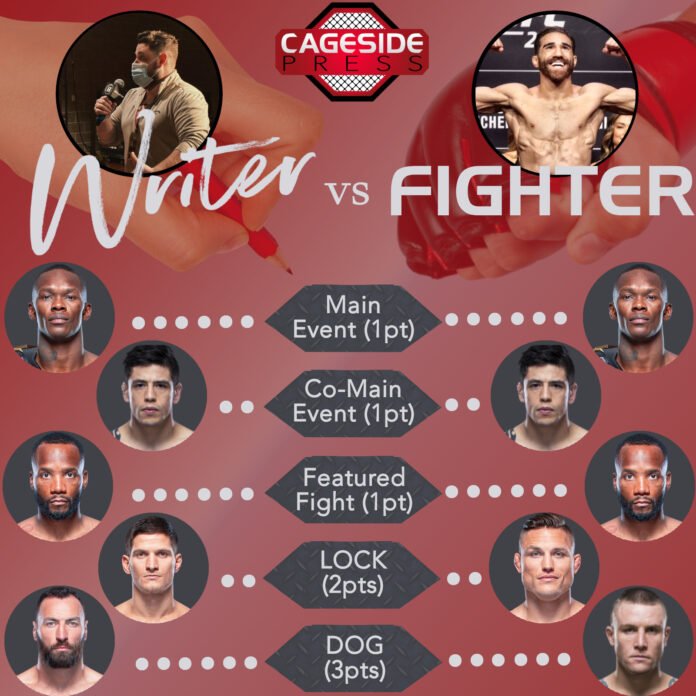 It’s time for another battle for pick supremacy. We pit those who write about face punch with those who do the punching to see who knows more about what will go down at UFC 263. Here’s how each week has gone so far:

Two straight events have gone to a draw which leaves the writers with a 8-6 lead still. The total number of draws has risen to three.

This week, Joe McDonagh gets his second go round on the writer side. He bested Randy Costa his first time out and he’ll look to add another W to his record. Looking to stop him is Domingo Pilarte who is preparing for an actual fight with Brain Kelleher. Let’s see what their picks for UFC 263 look like. 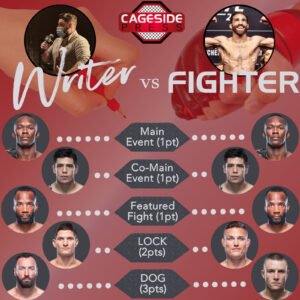 The main card won’t be solving anything for our two combatants this week. Both took the same three fighters to win their respective 5-round fights this weekend at UFC 263. McDonagh and Pilarte both like Israel Adesanya to retain. They also like fellow favorite Leon Edwards to take Nate Diaz. The only spot on the main card that they picked dogs is the co-main, where both like Brandon Moreno.

So with all things even at the top, the match will need to be decided with the locks and dogs. McDonagh will be riding with Paul Craig for his dog and Movsar Evloev for his favorite. Pilarte, meanwhile, likes Steven Peterson (who was a slight dog at time of picking) and Drew Dober.

May the best writer/fighter win! We’ll have the results up after the conclusion of UFC 263!