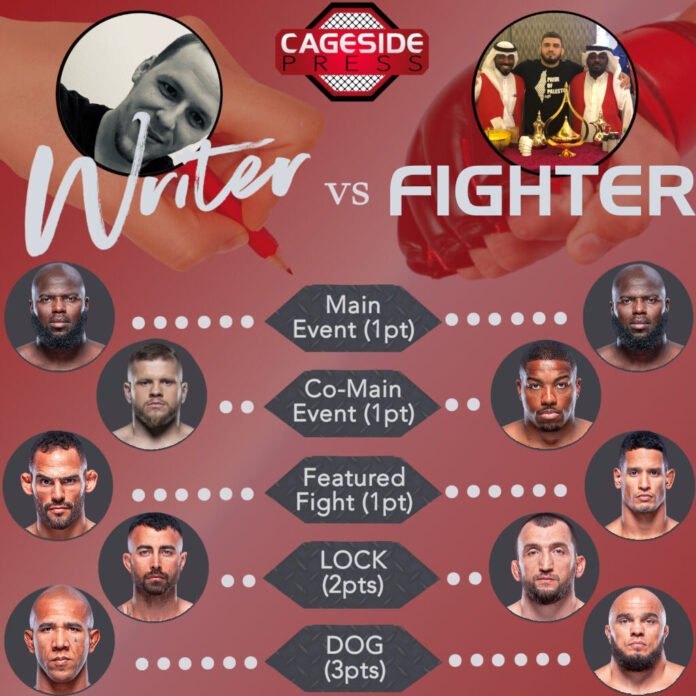 It’s time for another battle for pick supremacy. We pit those who write about face punch with those who do the punching to see who knows more about what will go down. Here’s how each week has gone so far:

With last event’s draw, we’re stuck at 8-6 for the writers with two draws now on the board. The fighters will look to chip away again this week.

This week, Doug Murray takes his second stab on the writer’s side. His first battle, he fell to Bryan Barberena. This time, he’ll take on Ramiz Brahimaj who will look to snag one away for the fighters. Let’s see the picks. 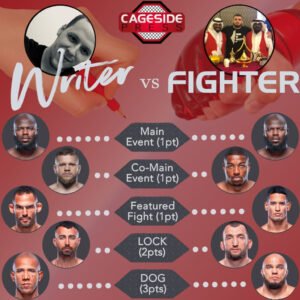 While the two agree on the main event, they don’t really agree on much else. Both are riding with Jairzinho Rozenstruik to pick up the victory over Augusto Sakai. However, they’re split in the co-main event with Murray taking Marcin Tybura and Brahimaj taking Walt Harris. They also split in our featured fight with the UFC veteran taking Miguel Baeza and the Cageside Press regular going with Santiago Ponzinibbio.

They keep the differences rolling with the locks and dogs. Murray will take Makwan Amirkhani for his lock and newcomer Gregory Rodrigues for his underdog. Brahimaj will work with Muslim Salikhov and Ilir Latifi in those two spots.

May the best writer/fighter win! We’ll have the results up after the conclusion of UFC Vegas 28!