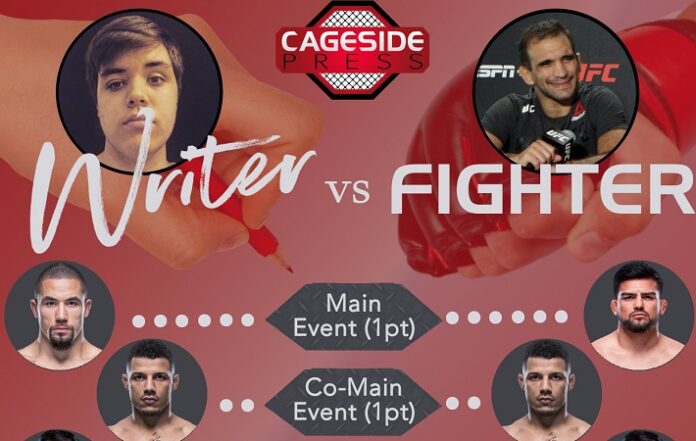 It’s time for another edition of Writer vs Fighter – the only place where you can match-up those who punch faces with those who write about it (theoretically match them up at least). Each week, we pit the picks of a staff member against a professional fighter. This week, we’re joined by the UFC’s Rani Yahya, in a virtual throwdown for UFC Vegas 24 pick supremacy.

And with the victory last week, the fighters bring themselves within striking distance. They now trail only 6-5 with 1 draw.

On this week’s edition, our own Ryan Fortune takes the helm to defend the lead. He’ll be facing off against WEC and UFC great, Rani Yahya. Can Fortune hold off the submission and keep the lead? let’s see what the picks look like. 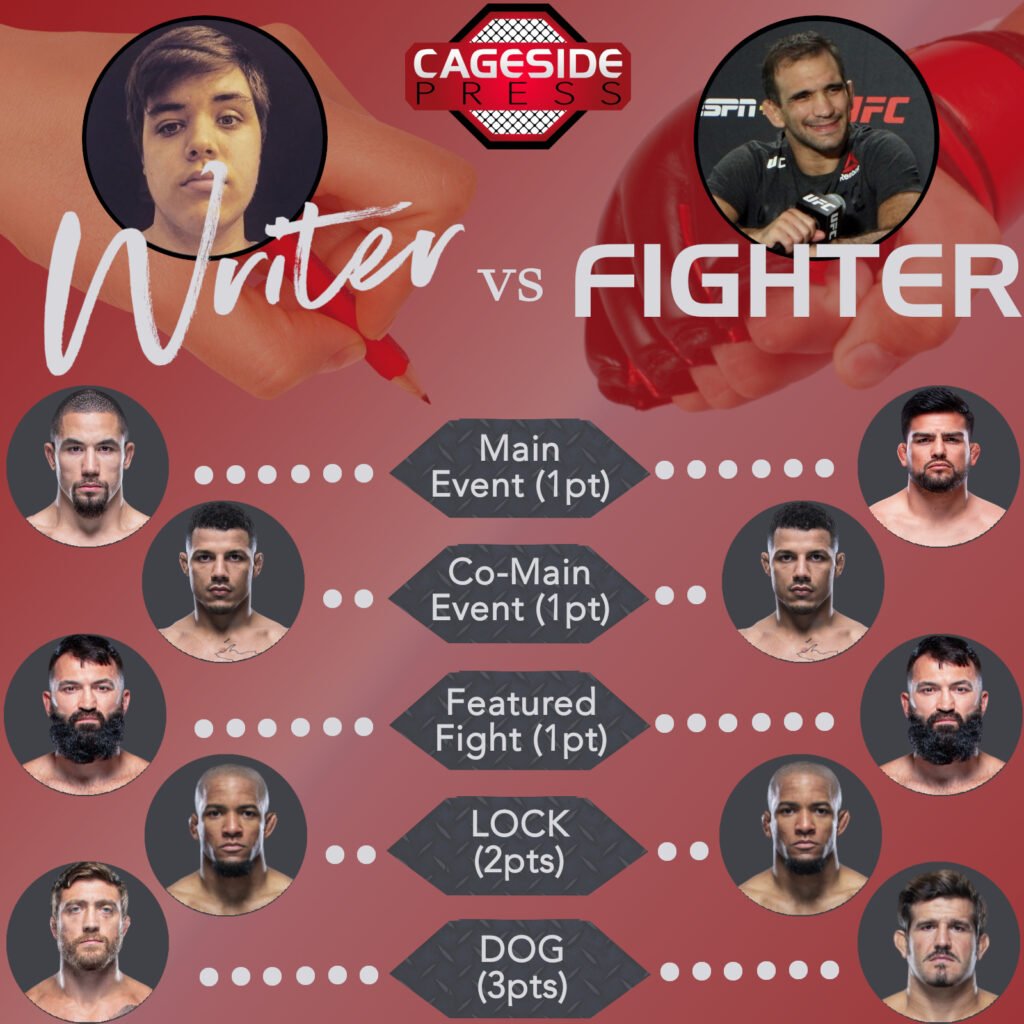 There’s little margin of error for our combatants with a lot of the picks coming up the same. They agree on both the co-main and the featured fight for this weekend. Each took Drakkar Klose to beat the veteran Jeremy Stephens and Andrei Arlovski to beat Chase Sherman. They also matched with their locks of the week, taking Tony Gravely to beat Anthony Birchak.

So the winner will have to come from two places. The first of those places is the main event. Fortune is going to ride with the favorite and former champion in Robert Whittaker, whereas Yahya is feeling good about Kelvin Gastelum as the underdog. However, even if Yahya botches that, he can make up ground in the underdog. For that pick, Yahya is taking Juan Espino in his fight against Alexandr Romanov. Fortune will be taking Gerald Meerschaert who welcomes Bartosz Fabinski back to middleweight.

Results: This was a rough one for Rani. The co-main event, where both writer and fighter picked Klose, was scrapped. Rani’s lock came through, but both he and Ryan had picked Gravely. The dog came through for Ryan, as he went with GM3. Both chose Arlovski to win, which he did, but again, Ryan came through in the main event. The writer takes it, 7-3. With the loss of the co-main, only seven points were on the board.