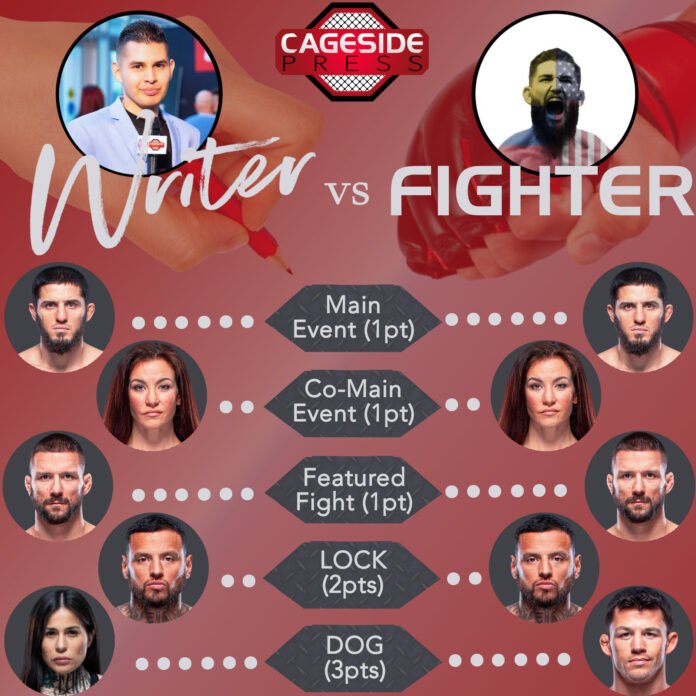 It’s time for another battle for pick supremacy. We pit those who write about face punch with those who do the punching to see who knows more about what will go down at UFC Vegas 31. Here’s how each week has gone so far:

Another win for the writers last time out! The current lead stands at 11-6. Let’s see if the writers are able to pour it on any more than they already have.

On this week’s edition, our own Gabriel Gonzalez logs his picks for the writers. He’ll be taking on welterweight stalwart Bryan Barberena. Let’s see where they went with their picks. 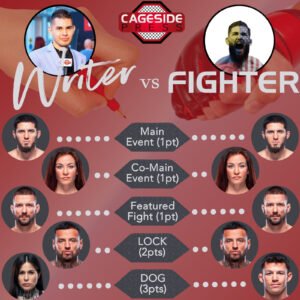 Not a whole lot of variation for the showdown this week. In fact, all three of the feature fights are agreed upon by our pundit and our pugilist. Each of them is going with Islam Makhachev to beat Thiago Moises, Miesha Tate to win her comeback fight over Marion Reneau, and Mateusz Gamrot to take out Jeremy Stephens. They also went with the same exact lock – Daniel Rodriguez who faces late replacement Preston Parsons.

So if there is to be a winner this week, it’ll come on the underdog picks. Double G is riding with Monserrat Ruiz who looks for her second straight win in the UFC. Barberena on the other hand is going with Billy Quarantillo who looks to get back into the win column after his first loss.

May the best writer/fighter win! Check back here to see the results following the conclusion of UFC Vegas 31.