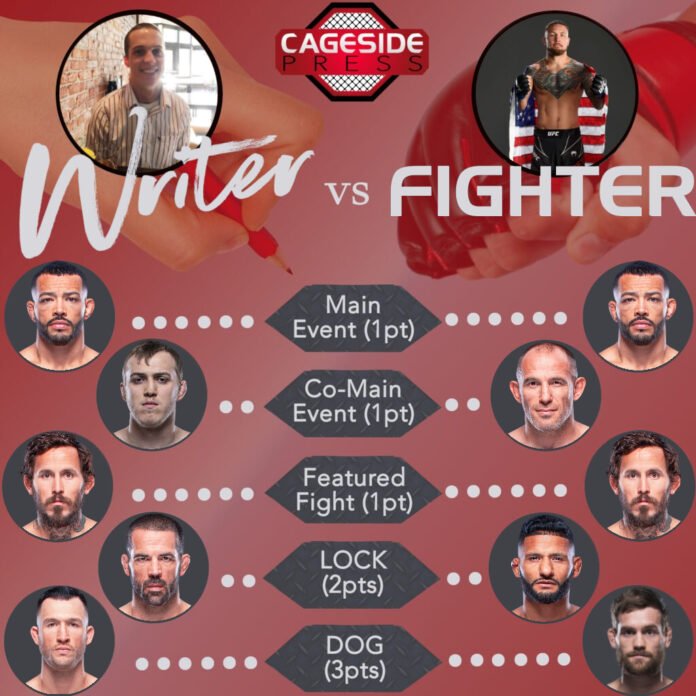 It’s time for another battle for pick supremacy. We pit those who write about face punch with those who do the punching to see who knows more about what will go down at UFC Vegas 29. Here’s how each week has gone so far:

With the perfect score from our own Bellator ranking panelist, Joe McDonagh, Domingo Pilarte stood no change. With that the writers take a 9-6 lead.

This week, Heath Harshman takes his second go for the home squad. Last time out, he was bested by Austin Arnett. This time, he’ll take on Steven Peterson, fresh off of his win over Chase Hooper. Here’s how they picked. 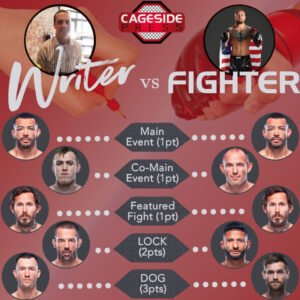 There’s little variance in the main card. Both guys are riding with Dan Ige in the razor close main event. They both also like Marlon Vera to take the rematch against Davey Grant. Someone will grab the upper hand though in the co-main, where Harshman has Sergey Spivak, and Peterson has gone with the submission king Oleinik.

The locks should make things interesting being as they took fighters from the same fight. Harshman likes the underdog Matt Brown to take home two points for him, while Peterson is going with Dhiego Lima. For underdogs we have Julian Erosa for Cageside Press and Ricky Glenn for the fighters side.

May the best writer/fighter win! We’ll have the results up after the conclusion of UFC Vegas 29!