IIIIITTTTTTT’S TIME! For another round of Writer vs Fighter, where we pit those who punch against those who scribe in a theoretical cage. Each combatant throws their picks in the ring and they duke it out to see who is supreme. This week joining us is UFC bantamweight, Vince Morales.

With Sergio’s dominant performance last week, the writers take the slimmest of leads 5-4, with a single draw in the series so far.

The aforementioned Vince Morales will be representing the fighters this week. And who better to lead the recently leading writer team than Cageside Press’ lead correspondent, Gabriel Gonzalez. Double G is on the ground at UFC 260, so don’t miss a chance to catch all his coverage. Now let’s take a look at some picks. 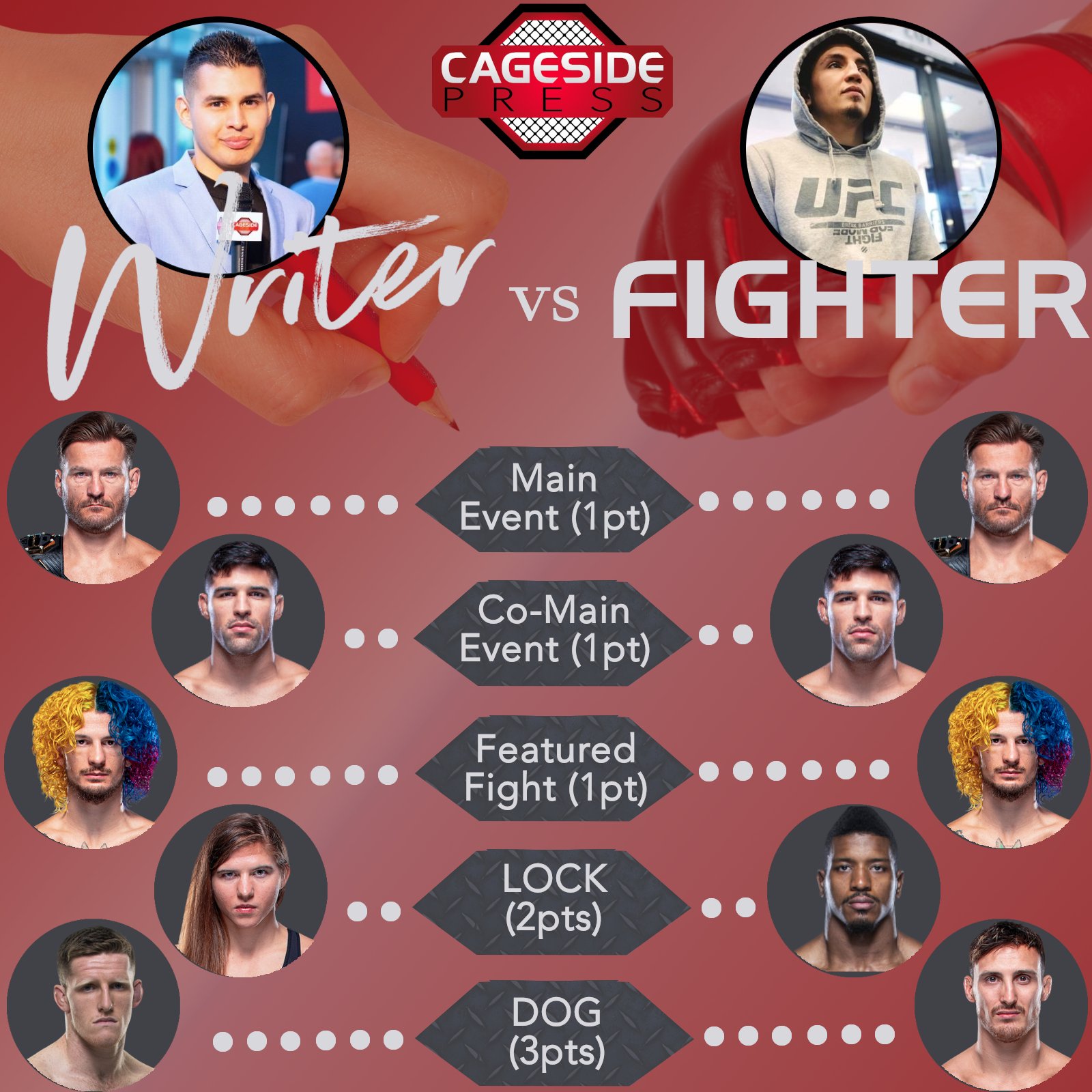 It looks like nothing will be decided with the main fights of the night as for the first time ever, our combatants completely agree. Both are backing the champ in the main event. Both are also down on the former champ, Tyron Woodley as he fights Vicente Luque. Neither is willing to go underdog in our featured fight either, with both going with the heavy favorite, Sean O’Malley.

Where the fight will have to be decided is with underdogs and locks. For the locks, Double G went with Miranda Maverick, who is booked with Gillian Robertson…. again, while Morales went with light heavyweight Alonzo Menifield, who is taking on a short notice opponent. For the underdogs, Gonzalez is backing Jamie Mullarkey to beat Khama Worthy. Meanwhile, Morales will ride with Modestas Bukauskas to beat Michal Oleksiejczuk in another light heavyweight match-up.

Results: Gabriel Gonzalez saw both his dog and lock cash in, while Morales came up just short. The writers take this one 7-4!