Former UFC featherweight and lightweight champion Conor McGregor has placed the blame for the demise of the UFC flyweight division on ONE Championship CEO Chatri Sityodtong.

Conor McGregor certainly knows how to get people’s attention. On Thursday, the former UFC two division champion chimed in on the pending demise of the 125lb weight class in the UFC. Though the promotion has not made any official statement on the matter, it has been widely reported by multiple media outlets (including  this one) that the UFC plans to shutter the division, most likely by the end of the year.

In the estimation of McGregor, there’s an external factor at play in the downfall of the flyweights: ONE Championship Chairman and CEO Chatri Sityodtong. Sityodtong was instrumental, of course, in Demetrious Johnson leaving the UFC to join ONE Championship in a trade for Ben Askren.

McGregor is now urging the ONE figurehead to sign the rest of the division, many of whom could be without jobs heading into 2019. “You must now take all the 125lbers that have been let go, Chatri,” McGregor said via his official Twitter account Thursday. “You talk all of this Martial Art and respect talk, yet your greed has directly cost more than half a fighting division it’s [sic] chance to earn income for their family.”

He finished the message by saying “have respect,” tagging Sityodtong, and adding “sign the division.”

You must now take all the 125lbers that have been let go, Chatri.
You talk all of this Martial Art and respect talk, yet your greed has directly cost more than half a fighting division it’s chance to earn income for their family.
Have respect @YODCHATRI.
Sign the division. 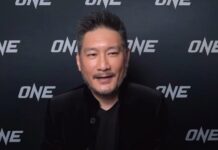