Pro Wrestler turned UFC fighter CM Punk is stepping outside the cage to add insight into the action at next month’s CFFC event in Atlantic City, NJ.

Cage Fury Fighting Championships recently announced a deal to air their shows on UFC Fight Pass. And now, they’ve gone and added a rather interesting voice to their broadcast booth: CM Punk. The two-time UFC fighter and former pro wrestler will join the promotion as a color commentator, CFFC revealed in a press release on Thursday. The deal announced is for CFFC’s next event, which goes down December 14 at the Borgata Hotel Casino & Spa in Atlantic City, NJ.

Per Thursday’s release, “I can’t wait for this opportunity to call the CFFC fights on UFC Fight Pass,” CM Punk said. “CFFC has a long history of putting on exciting fights featuring some of the sport’s up-and-coming athletes. This card is going to be a lot of fun and I’m really excited to have the chance to be a part of it.”

Punk (0-2) originally signed with the UFC in 2015. That came after a falling out with his old home, professional wrestling’s WWE. Despite having no combat sports background, Punk was given an opportunity with the world’s largest MMA promotion mainly based on his name value. At the time, the UFC was scrambling for stars, though Ronda Rousey and Conor McGregor would hit their peak the following year.

Punk eventually joined Roufusport in Milwaukee, alongside Ben Askren, the Pettis brothers, and others. However, his UFC career would falter out of the gate when he was steamrolled by Mickey Gall in his debut. A second fight earlier this year against Mike Jackson, a part-time fighter who was also 0-1 in the UFC (having lost to Gall), didn’t go much better. Punk lost a lopsided decision at UFC 225 in his native Chicago.

Keen observers, however, have long suggested that Punk would be a better fit in the MMA world on the mic. His mic skills, honed from years of professional wrestling experience inside and outside of the WWE, are top notch. With years of training under Duke Roufus, he should have a solid enough understanding of the sport to add value to the commentary team. In fact, this opportunity could lead to bigger things down the road for Punk as an on-air personality. 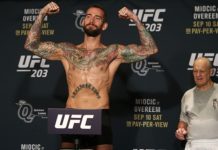 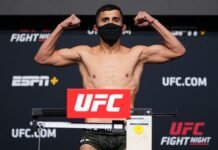