27-year old Alandria Brown (1-1), who has spent her entire professional career with LFA, will meet new comer Rachel Martinez (5-1 AM) at LFA’s April 8, 2022 event. Brown is a training partner of Kay Hansen, one of the youngest fighters on the UFC roster. The fight is expected to take place in the strawweight division.

Brown exploded onto the scene with a thrilling finish victory at LFA 107 in her professional debut. The California native then tasted defeat for the first time against 2-0 Sidney Trillo. Brown trains at CSW (Combat Submission Wrestling) alongside boyfriend Jacob Rosales, an LFA, Bellator and Contender Series veteran. Brown is hungry to bounce back from her first professional loss and to welcome Martinez to the professional ranks.

Martinez, a winner of five of her six amateur fights, looks to impress in her professional debut for LFA. Just like Brown before her, she is jumping right into the mix by debuting with one of the larger “regional” promotions worldwide in LFA. Martinez’s only loss came in her first amateur bout; since that time she has had her hand raised in five straight contests, including three first round finishes.

Alandria Brown vs. Rachel Martinez will take place on Friday, April 8, 2022 in South Dakota at a yet-to-be announced LFA event. The promotion has historically hosted events in the state at the Sanford Pentagon in Sioux Falls, SD. 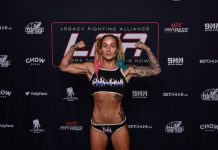 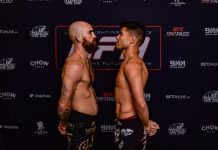 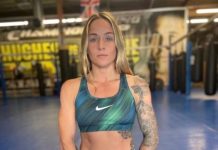