Kay Hansen is looking to get right back to work.

ESPN Deportes was first to report the news that Hansen will be welcoming another rookie to the octagon. She faces Piera Rodriguez at UFC 273 on April 9, 2022. A source close to the situation was able to confirm the strawweight booking to Cageside Press.

After a year away from the octagon, Hansen (7-5) returned to action against Jasmine Jasudavicius last weekend at UFC 270 but came up short, losing a unanimous decision. The 22-year old said after the fight she would be dropping back down to strawweight after trying out flyweight again. Hansen is now on the first two-fight losing streak of her career, losing a controversial decision to Cory McKenna in 2020.

Rodriguez (7-0) will be making her UFC debut after winning a contract last season on Dana White’s Contender Series by defeating Valesca Machado. The 29-year old Venezuelan has finished five of her seven opponents.

UFC 273 is scheduled to feature a championship double-header with featherweight champion Alexander Volkanovski taking on “The Korean Zombie” Chan Sung Jung and the rematch between Aljamain Sterling and Petr Yan to unify the bantamweight titles. 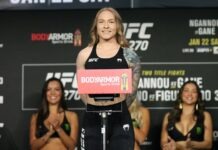 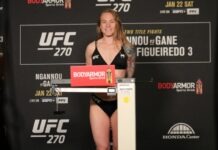