Russia’s Dakaev has been fighting for Khabib Nurmagamedov’s promotion Eagles Fighting Championship (EFC). He’s 3-0 in the promotion fighting solid competition. Early last year he won the title and recently defended it. When he did defend that title it was a statement, beating Khabib’s teammate Gadzhi Rabadanov.

Dakaev’s striking has come a long way. He throws a good jab and strong straight punches. Even in his last fight, he had a highlight-reel knockout. Dakaev is an excellent wrestler and an even better grappler once on top. He’s well-rounded and has the deep gas tank necessary to go far in this sport. 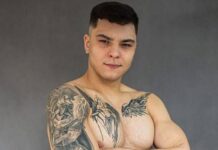 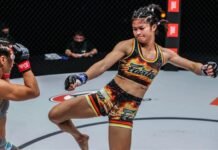