Jiri Prochazka is arguably the best light heavyweight prospect in the world due to his impressive list of accomplishments and having fought so many great talents at the young age of 26. He’s only lost to solid fighters, and has beat opponents like Vadim Nemkov, Karl Albrektsson, Fábio Maldonado, CB Dollaway, Muhammed Lawal, and current UFC fighter Darko Stošić. Right now he’s a current free agent and either Bellator or UFC is the likely option. The UFC should not let this man slip away.

At 6’4″, Prochazka is a massive fighter and he uses his height to his advantage, throwing leg kicks and knees at various ranges. The Czech is a very dangerous fighter, finishing 25 of his 26 wins with only two going out of the first round. He is great at putting pressure on his opponents with a lot of volume and really excels at putting together his kicks and punches with fluidity. Along with such dangerous striking, Prochazka is extremely athletic and loves to launch himself in the air with flying knees. 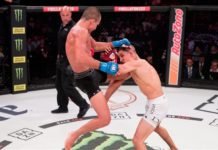 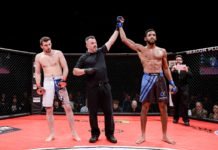