Even Dillon Danis had to show respect after Nate Diaz’s masterful return performance at UFC 241, which saw him dismantle Anthony Pettis round-by-round.

Nate Diaz returned to action after a three year sabbatical on Saturday night at UFC 241. The Stockton, CA native, a fan favorite, last fought in a rematch with Conor McGregor back in 2016. During that time, the McGregor era had more or less petered out. Khabib Nurmagomedov had risen to the very pinnacle of the lightweight division. And former 155lb champ Anthony Pettis had made the move to welterweight, knocking out Stephen ‘Wonderboy’ Thompson in his 170lb debut.

After taking the McGregor fights at welterweight, Diaz returned to the division Saturday. It was anyone’s guess as to what to expect with his return. It wouldn’t have surprised anyone to see the fight fall through at the last minute. But there, finally, was Diaz, in the octagon, mean-mugging and tapping his chin ahead of the bout.

The bout wasn’t exactly what anyone expected. Diaz simply overwhelmed Pettis. On the feet, on the ground, he slowly chipped away. It was competitive, but Diaz looked stunningly good for a fighter away for three years. A unanimous decision win for Nate Diaz resulted on the scorecards.

See the pros react to the return of Nate Diaz at UFC 241 below!

Weed or Wheaties, who y’all got?

Nate gets my hyped up.

Anyone head from Funky?

Pettis is ready to go. Wonder what @Benaskren thinks of the fight so far🤣#GutCheckTime #UFC241 @MMAFighting @MMAjunkie @espnmma

Pettis needs to get off that damn cage #ufc241

Respect where it’s due

i know i have had my beef with Nate Diaz but you gotta give respect where it’s due that was a masterful performance.

What a fight! Been a great night of fights so far

What a fight. Congrats to you both!! @NateDiaz209 @Showtimepettis #ufc241

You looked like a gassed out old man @Showtimepettis. Let me welcome you back to 155lbs. @seanshelby let me show him what the next level of striking is 😉 @AliAbdelaziz00 @danawhite @UFCEurope @ufc

Diaz looked like Diaz. Pettis could never make his kicks a factor and he wasn’t going to out-box or grapple Nate. If you can’t make your feet or your takedown a factor you will lose 9 times out of 10 to a Diaz.

He called out Masvidal. Sorry Leon, we need that one!

Congrats to my man @natediaz209
He is the new gangster
Passing the torch @sonnench@ufc repost “He’s a gangster, but he aint no west coast gangster.” @NateDiaz209 calls for Masvidal 😳 #ufc241stream pic.twitter.com/oNotWKMJig 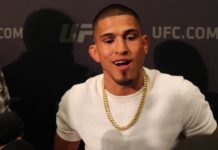 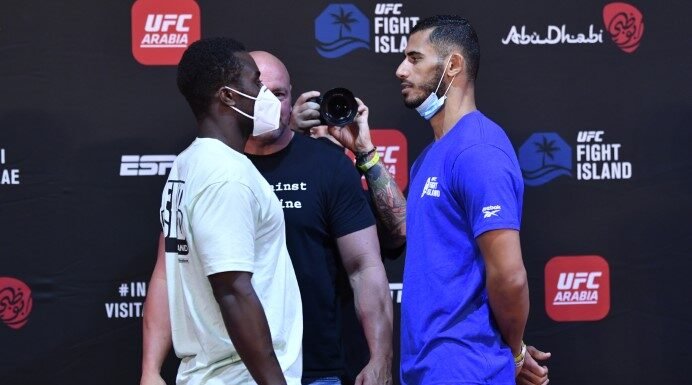