While Jim Miller is taking his career fight by fight at this point, he has no intention of making an emotional decision about retirement in the cage. Instead, the UFC Newark lightweight is excited for whenever his last walk comes.

Newark, NJ — When Jim Miller steps into the octagon this Saturday at the Prudential Center, he’ll be fighting there for the fifth time in his career. But as to whether or not UFC Newark will be his last fight in the venue, Miller isn’t sure.

“Who knows. It might be, it might not be. I don’t really know if I’m in a position right now to say that,” Miller told media outlets including Cageside Press this week. “I’m playing it fight by fight at this moment. Who knows when I’ll be back. It’s been a little while since I’ve been back here at the Prudential Center. So it might happen, it might not. It doesn’t really bother me either way. It’s a cool venue.”

The reality is that after 33 fights, Miller is closer to the end of his career than the beginning. Even if the veteran lightweight chooses to compete a few more years, that will be the case. Retirement looms large. It’s a decision, in fact, he’s come close to making before.

His diagnosis put things on hold. “I gave it a little time. I was like ‘alright, let’s see what the medication can do, and how much of this is going to go away.’ It was a big step forward,” he said. “I wasn’t out of the water for a bit there. 2017 was difficult as well, it kind of came back and kicked my ass for a bit there.”

“Now I’m able to push like I used to, I’m able to train like I used to. For a long time there I couldn’t lift, I couldn’t sprint, because my nervous system was so zapped that I’ve be laid up for a couple days.” Miller got by on technique training, and started running, rather than sprinting. As he put it, “I was forced out of my element.”

“The last 12, 18 months has been a lot better, but at the same time, I don’t know what’s going to happen,” he admitted. And so it’s one fight at a time. But that doesn’t mean there’ll be a sudden announcement after a bad day at the office.

The idea of his final fight actually “kind of excites me,” Miller added. “That excites me, knowing that last one, it’s going to be play time. Because there’s nothing left to hold back for. There’s no more trying to get wins together or anything like that. Trying to get in the rankings, all this stuff. It’s just go out and have fun. When that day comes, I might tell you guys leading up to it, I might not. I probably will tell you. But it’s not Saturday.”

Saturday, instead, will be a fight that has seemed inevitable, but somehow has not come until now. At UFC Newark, Miller will meet Clay Guida, now a member of the UFC Hall of Fame (Fight Wing).

“We could have fought in my debut. It’s just the way that it goes sometimes,” Miller said of the long road the pair have taken to this point. “Guys don’t get matched up. We were definietly very closed to being matched up back in like 2010, early 2011, but it just never happened. We’re both still around. It’ll be what, 61 [fights] between the two of us come Saturday? Who knows, we could both be around again and do it again maybe.”

The two veterans have nothing but respect for one another, and Guida said during Wednesday’s open workouts that he’d love to get together with Miller after the fight. Both are outdoorsmen, after all. “That’d be awesome. Clay’s a pretty good fisherman, I’d like to get out there on the water with him,” Miller said to the suggestion.

Miller, though known for a number of gritty, drawn out wars, admitted he’s not a fan of them during fight week. “I don’t like that,” he said with a laugh.

“I don’t train to be in [wars like that]. I train to blow my opponents out. I train to fight in massacres, not wars. It’s just kind of who I am, if it’s not going my way or the guy’s surviving, I’m just going to keep going.”

But in reality, through 19 wins in the UFC, “you’ve never seen me excited about winning a decision. The only time I get fired up, get amped up is if I put somebody away. That’s what I’m fighting for, that’s what I’m gunning for.” The gritty battles, meanwhile, “are a byproduct of how I fight and what my goal is when I step into the octagon. But I sure as hell don’t want it, because it hurts.” 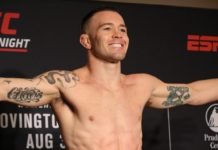 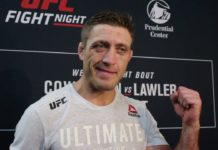 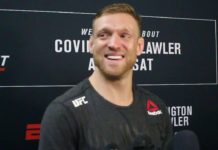 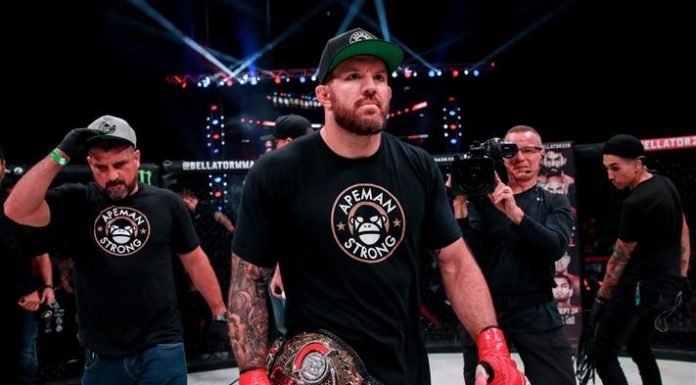