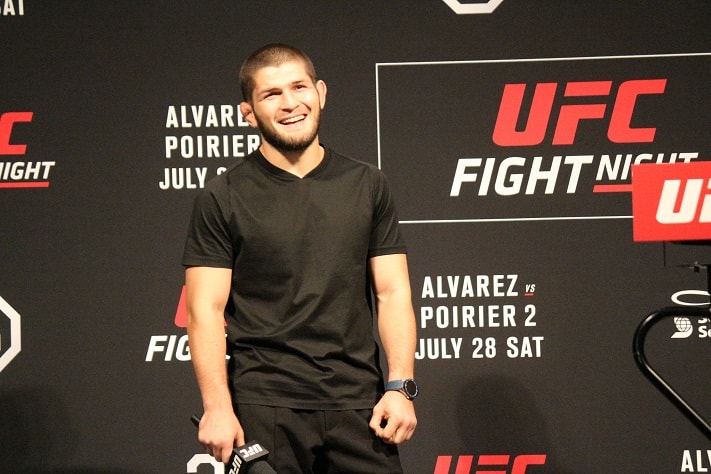 UFC 229 is the biggest event of the year, with Conor McGregor returning to face Khabib Nurmagomedov, and Cageside Press has their picks ready.

The UFC 229 main event is as big as it gets as Khabib Nurmagomedov puts his undefeated record and lightweight title on the line against Conor McGregor. Nurmagomedov won his lightweight title against Al Iaquinta when he fought for a vacant belt at UFC 223. McGregor, on the other hand, has not stepped into the cage since November 2016, when he became the first dual belt-holder in promotional history. Seven of ten writers picked the Russian champion.

In the co-main event, former interim lightweight champion Tony Ferguson will battle former undisputed champion Anthony Pettis. Ferguson has been sidelined for just under a year with a knee injury, but is riding a 10-fight win streak. Pettis has alternated wins and losses in his last five, upsetting Michael Chiesa in his last bout. All but two writers picked Ferguson.

Dominick Reyes fights Ovince Saint Preux in a matchup of dynamic 205-pounders. OSP has won four of his last five, finishing each victory. Reyes is an undefeated light heavyweight who’s taken the UFC by storm, stopping his three opponents in the first round. The staff was split down the middle on this fight.

Derrick Lewis and Alexander Volkov will face off for a possible chance at a title shot. The Black Beast has won eight of his last nine, coming off a lackluster victory over Francis Ngannou. Volkov has surged up the UFC rankings with four wins since joining the promotion in 2016, including a KO against Fabricio Werdum. Lewis was picked by just two writers.

The UFC 229 main card opens up with a great matchup between Michelle Waterson and Felice Herrig. Waterson snapped a two-fight losing streak with a controversial decision victory over Cortney Casey most recently. Herrig was nearing the top of the division before a loss to Karolina Kowalkiewicz stopped a four-fight win streak. Like the light heavyweight bout, the staff was split down the middle. 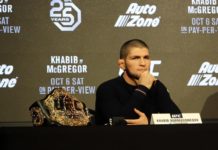