Unless you’ve been living under a particularly remote rock the past few months, then you know that the fabled Mayweather-McGregor boxing match is set to go down August 26. If you don’t, then we envy you that rock. Please invite us over. Pretty please! Because between now and the 26th of August, better known as M-Day (not really, we just made that up), the combat sports world is going to be all-MayMac, all the time.

Some of us are apt to lose what little sanity we have left.

Look no further than former boxing champ and (briefly) McGregor sparring partner Paulie Maginagg… Paulie Maglinaggg… Paulie G, who spent the better part of a week explaining why he wasn’t knocked down while sparring with the UFC champion, only to have to explain why a knockdown wasn’t a knockdown when the UFC released video of the incident.

Malignaggi, who would probably be a triple word score if Scrabble allowed proper nouns, managed to get an entire week of media attention on what amounted to a he-said, she-said squabble over a photo of him taking a brief siesta in the gym. Well sure, most people don’t stretch out in the ring when they need a break, but he was pushed down, or tripped, or just tired due to letting himself go during his retirement (which has lasted all of five months, but you know, sometimes it doesn’t take much!).

Here is the video everyone wanted to see of Conor vs Paulie Malignaggi former IBF and WBA World Champion @TheNotoriousMMA pic.twitter.com/GfFP3SKsye

With talk of knockdowns, monkeys, but rarely anything as meaningful as wearing the jersey of a basketball player who allegedly rogered your opponent’s girl (leading to a domestic violence conviction), Mayweather-McGregor is going to get uglier before any break in the clouds is seen — and that’s before the fighters hit the ring!

Draymond Green and Conor McGregor are going at it this morning on Instagram: pic.twitter.com/Ua3qIoh5gb

So how do we survive the onslaught of meaningless taunts and feuds in the build up to a meaningless fight between a fighter two-years out of the sport, and another who has never set foot in the sport in question to date?

4. Work the Body… of Your Conor McGregor Voodoo Doll

We know, we know, you can’t stand the guy, right? He’s never defended a title, he ducks opponents and takes easy fights like Jose Aldo, Eddie Alvarez, and some can supposedly the best boxer of all time… what a tool!

So break out your Conor McGregor Voodoo doll, and work the body. With lots and lots of pins. Like Patty and Selma working over Homer.

With any luck, McGregor will come down with a brief case of common sense, or if not, maybe sinusitis… something, anything, to make this fight go away.

3. Marathon Game of Thrones Instead

The closest thing you’re going to find to Conor McGregor on Game of Thrones (now that the McGregor cameo rumor has been debunked) is The Mountain, played most recently by mountainous strongman Hafþór Júlíus Björnsson, replacing a couple of actors who previously played the part, apparently because they never trained with McGregor!

You just can’t get away from the guy, can you?!?

On the bright side, the current season of Game of Thrones has dragons lighting people on fire en mass, which is similar to the reaction many of us had when hearing about Mayweather-McGregor for the billionth time!

For those of you who really need an August MMA fix and don’t want to wait for Invicta FC 25 at the end of the month, Bellator has wisely counter-programmed MayMac by hosting Bellator 182 the night before. Friday, August 25 sees Bellator 182 go down in Verona, New York, and the card isn’t half bad. Former welterweight champ Andre Koreshkov takes on the rising Chidi Njokuani in the main event, while Brennan Ward and Fernando Gonzalez go to war in the co-main.

The rest of the card features names like A.J. McKee, Georgi Karakhanyan, Chris Honeycutt, Kevin Casey, Amanda Bell… you know what? If you’re an MMA fan, there’s no need to sell you on a free card that might distract you ever so briefly from the insanity that is Mayweather-McGregor.

Thank you, Scott Coker. At this point we would have taken late career Tank Abbott fights. Anything really!

1. We Hear Cryogenic Freezing Is Getting Better

Anything to take us away from the world for a day or two. Because come August 26, the skies open up, the four horsemen ride fourth (one with a distinctly Irish accent, another wearing a gaudy tracksuit emblazoned with TMT, which is one letter short of the Ninja Turtles logo from the recent films), and the combat sports world basically implodes.

Okay. Maybe Mayweather-McGregor won’t be that bad – but do you really want to risk it?

Really, the best we can hope for is this: 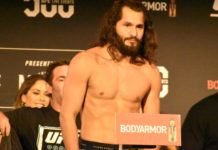 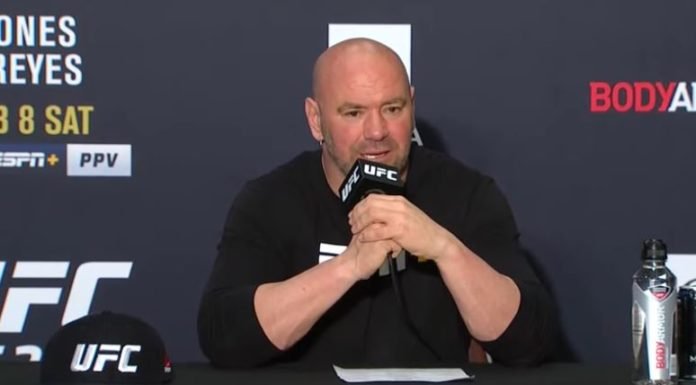