It was a particularly gory Halloween for a number of UFC fighters who appear to have lost their spot on the UFC roster.

Monday evening — just as the spooky season was in full swing — UFC Roster Watch, an automated service which monitors changes to the UFC’s athlete database, noticed that nine fighters had been removed from the roster. Those fighters include a pair of Canadians in Jesse Ronson and Misha Cirkunov, as well as Diaz bros. team member Nick Maximov, who had been considered a promising prospect after entering the promotion via the Contender Series.

Cageside Press was able to verify several of the names let go from the promotion; the full list of fighters removed are as follows:

While the names are no longer on the UFC roster, that does not necessarily mean they’ve been cut outright. Earlier on Monday, for example, Jason Witt (19-9) announced his retirement from MMA. Witt (19-9), who fought for the UFC on six occasions, broke the news on social media.

“I am closing this chapter of my life, but I’m very excited for what the future holds,” he wrote in his farewell message.

Louis Cosce (7-2), who won his way into the promotion alongside brother Orion on Dana White’s Contender Series in 2020, went 0-2 in the company, with a lengthy stint on the sidelines between fights.

Charlie Ontiveros (11-9) went 0-3 for the company, and may be best known for the scary neck injury he endured in his fight with Kevin Holland, which ended in a slam in March of 2020.

Misha Cirkunov (15-9) started his UFC run on a tear, and seemed to be working his way up the light heavyweight division care of four straight wins. But as quickly as his success had blossomed, a contract dispute followed by some tough match-ups knocked him back down. Back-to-back losses to Glover Teixeira and Volkan Oezdemir halted his progress; after that, Cirkunov would post a 2-5 record between the light heavyweight and middleweight divisions.

Most recently, Cirkunov fell to Alonzo Menifield in his return to 205lbs.

Nick Maximov, who trains with the Diaz brothers, fought at heavyweight on the Contender Series, and middleweight in the UFC. He went 2-2 across four fights, losing his last two.

Magomed Mustafaev may be the most curious case of the nine names removed on Monday. Joining the UFC in 2015, he had fought just five times by 2020, going 3-2 including a win over Rafael Fiziev. Missing the last couple of years, he had been expected to return against Yamato Nishikawa at UFC 280, but the fight fell through. Though initially reported to be due to contractual issues with Nishikawa, the Japanese fighter later denied those reports.

Now, it appears Mustafaev is out as well. 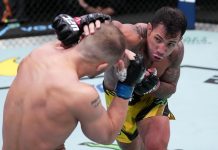 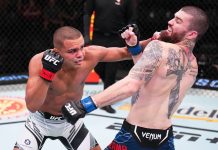 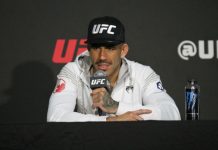