Miami, FL — As much as a minefield as they may be, it pays for a fighter to check their DMs. That’s certainly true in the case of recently retired Invicta FC featherweight champion and UFC title challenger Felicia Spencer — who nearly missed out on her Eagle FC commentary job when she didn’t check her DMs on Instagram.

Speaking to Cageside Press at Wednesday’s media day promoting Eagle FC 44, the promotion’s U.S. debut, Spencer admitted that “it’s definitely been a whirlwind. I was on Ariel [Helwani]’s show on the Monday to explain my retirement, and the next day they got in touch with, I guess they reached out to Ariel because I wasn’t seeing the messages in my Instagram. I’m horrible.”

It was actually Helwani who provided the Eagle FC side with Spencer’s number, and who reached out to her to bridge the communication gap. From there, “they reached out, and they wanted to give me a shot, to give me an opportunity to call fights, be the color commentator, show the fans what I see.”

Spencer joining the promotion’s broadcast team comes as a bit of a surprise, given Khabib Nurmagomedov’s past remarks about women in fighting. “The Eagle” purchased the company last year, renaming the former Gorilla Fighting Championship to Eagle FC, then set his sights on bringing the show to the U.S.

“It was an honor. Some of the things that we know about Khabib, I fully respect his viewpoints. I think just me being true to myself throughout my career and kind of just presenting myself the way that I have, I think was playing to my favor in that decision, and hopefully I can make Khabib happy that I’m on the team,” Spencer told us in regards to Khabib’s conservative stance on women in fighting. “The production team, there’s a lot of people behind the scenes that really believe in me and wanted me to have the opportunity and wanted to show— just have something different in Eagle FC. I’m really excited to be a part of it.”

For Spencer, this will be her first time working the broadcast booth, and she got her first taste of the action this past Friday. “I actually had an opportunity to work Friday for Eagle FC, calling the event in Russia. Part of the live stream, for the English commentary. So that was my very first time. Obviously a lot of room for improvement, but I’m tackling this like anything else that I have in my life. I’m going to put my all, do my homework, and I’m going to come out in January really excited and ready to call the fights and tell the story.”

Spencer also gave her thoughts on Amanda Nunes, who she challenged for the UFC’s featherweight title back in 2019, finally being toppled. Nunes lost her bantamweight title to Julianna Pena over the weekend.

“There’s definitely been the game plan for a lot of fighters, kind of looking at the old Amanda, when she’s uncomfortable, sometimes there’s a breaking point. That’s something that obviously we were trying to do in my fight. Hat’s off to Julianna, she’s the one who got it done. Amanda made a mistake, and then she made bad decisions after that mistake, and Julianna was able to capitalize on it.” 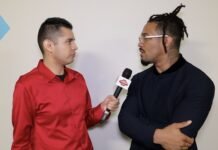 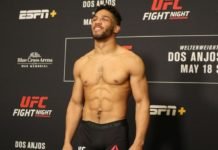 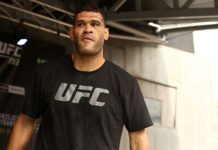