On Tuesday, Bare Knuckle Fighting Championship announced quite the middleweight battle for BKFC 17. The bout will see Lorenzo Hunt take on Josh Dyer at the event, which goes down on Friday, April 30, 2021.

The news was revealed via press release on the promotion’s official website. “Known for his show-stopping knockouts, ‘The Juggernaut’ (Hunt) has become a true BKFC fan favorite over the last two years and made another huge splash at ‘KnuckleMania,” stated David Feldman, President of BKFC.

“He called and wanted to make a quick return against another tough opponent and we fulfilled his wish. Josh Dyer is a very strong, skilled fighter who literally walks right through punches. [He] will take the fight to Lorenzo Hunt from the opening bell.”

Hunt will enter this contest on the heels of a devastating second-round knockout against Rob Morrow. That scrap took place at the aforementioned tentpole event ‘KnuckleMania’ from the RP Funding Center, and the BKFC fanbase was engaging in a fair bit of social media discourse regarding Hunt.

It was the brick-fisted warrior’s third straight BKFC knockout victory and improved his record to 5-1 overall.

Dyer is 2-0 in bare-knuckle boxing and made quite the memorable BKFC debut. He overcame a seemingly unwavering barrage of punches from Jared Warren to earn a third-round TKO. This took place at BKFC 12 on September 11, 2020 in Daytona Beach, Florida.

Headlining BKFC 17 is a high stakes heavyweight clash between Dillon Cleckler, (2-0, 2 KO’s) and Josh Burns, (1-0, 1 KO in BKFC) that serves as a title eliminator bout. The co-main event, meanwhile, is part of the quarter-finals of the BKFC 175 pound tournament. Birmingham fan-favorite Marcel Stamps, (2-1) will receive a partisan reaction when he knuckles up against Mike Richman.

BKFC 17 emanates live from the Boutwell Auditorium in Birmingham, Alabama, on Friday, April 30 and streams on FITE TV as well as on the Bare Knuckle TV App at 9:00PM Eastern Time. 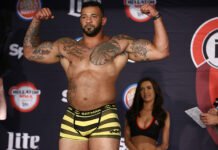 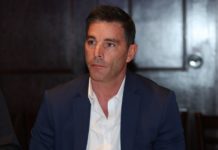 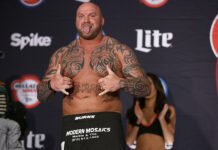