Finishing up a medical suspension following what was no doubt the most important win of his career to date, Browne spoke to Cageside Press about winning gold, and what comes next in a career that now sees the 30-year old from Pennsylvania knocking on the door of the UFC.

On the emotions surrounding his January title fight, Browne explained that there was “just a different demeanor, different mindset— seeing my future and everything just ahead, ready to go. It was a huge honor to fight for it.”

Browne knew the fight was going to be a brawl, and that’s what he got from Estrázulas. “Winning that from a tough guy was icing on the cake. It solidified me as, I’m going to be one of the best.”

“Just to know I am one of the best, carry around that gold, and have that title, I know I’m on the right track,” Browne added.

Being a champ in Legacy Fighting Alliance is often seen as a path to the UFC. Browne noted that “I always have that title defense until something else comes up,” but he is testing the waters with the UFC. The hold-up at the moment would be just recovery from his last outing, and the medical suspension.

“I just started training lightly,” Browne told us. “I just want to heal up, get back in the mindset again, get in a full training camp and then I can [be like] ‘hey, we’re ready to go.’ No hesitation.”

He’d also be willing to take a short-notice fight to get his foot in the door with the UFC at that point. “One of our biggest things is, you don’t have to get ready when you stay ready. Soon as I’m able to open up a full camp, I’m going to stay ready, go in, hit it hard, and just be ready for any call-up or any drop-out. For any sudden call.”

The Contender Series is another option he’d be open to next. “Yeah. There’s nothing off that table, that we’re not ready for.” Browne is just putting it out there that he’s ready for anything.

With April right around the corner, the MMA world is heating up. Bellator MMA and the PFL both make their returns in April (Browne previously fought for the PFL’s precursor, the World Series of Fighting, in just his second pro bout back in 2014). ONE Championship has a number of big cards planned for TNT in April as well.

“I always feel like, not to sound cocky, but I deserve to be in the UFC,” said Browne. But if they’re not ready, “I’d definitely sign with, not a lesser but an equally important fight for Bellator or PFL or even ONE. I’ve had some friends fight for them, they’re a great organization. You’re limited in this game, the faster you get to the top, the more you can thrive there.”

Browne’s nickname, NyQuil, obviously comes from putting people to sleep, and not in the lullaby sort of way. “I picked that up in probably 2009. I was boxing for Shippensburg University, and there was a guy there, actually they called him NyQuil. It was a little competition between us,” he recalled. “I ended up getting more knockouts for the year, so they’re like ‘hey man, you’ve got to retire your name, this guy’s taking over.'”

“I’ve never looked back,” he added. “I’ve been putting people to sleep any chance I get. Hopefully that reputation carries through to the end of my career.”

Although Browne wasn’t an MMA fan prior to his own transition to the sport, he definitely had some favorites once he got involved. “Just off the top of my head, I’d always remember Chuck Liddell,” said Browne. “He’d always have the spotlight right when I wanted to start. I was like ‘man I need to get my hands better. I’ve got the ground game whenever I need to, but let’s turn it up on the feet.’ Him and Anderson Silva. Just watching him come up through the ranks and humiliate people in a way no one else was. Just to know you could get to that skill level, it really pushed me to get to that next skill set, to be one of the best.”

As for his own eventual UFC debut, how does Browne envision it? Decisive.

“It’s going to be one of the most clear cut victories that I’ve ever had,” stated Browne. And he’s ready to take on the best opposition he can find.

“I always want to beat people at their best. If I’m fighting a grappler, I’m going to out-grapple them. ‘Hey, you’ve got a striker coming up!’ Well, I’m going to stand and try to strike with him, try to knock him out on the feet,” Browne told us. “I envision going in there, just taking over, control, whether it’s standing or on the ground. Getting the finish, second round at the latest. Showcasing what I have to offer.” 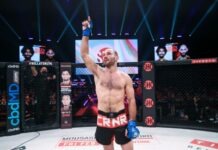 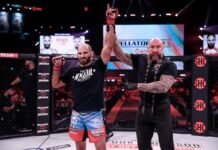