A fight originally lined up for Bellator 241, scuttled thanks to the onset of the coronavirus pandemic, is back on. At Bellator 250, lightweights Nick Newall and Zach Zane will face off. The fight will mark Newell’s third under the Bellator MMA banner.

For Newell (16-3), it’s a chance to bounce back from a split decision loss to Manny Muro at Bellator 232. That defeat, just the third of the 34-year old’s career, snapped a two-fight win streak. Prior to that, Newell had come up short on Dana White’s Contender Series, losing a unanimous decision to Team Alpha Male fighter Alex Munoz.

He’ll be looking for a better result against Zane, a.k.a. “God’s Warrior.” A Hawaiian training out of Black House MMA, Zane has traded wins and losses across his last four fights. After losing to Justin Gonzales on the Contender Series, Zane picked up a win on the regional circuit, then suffered a loss to Max Rohskopf (who would himself join the UFC only to quit on the stool in an infamous incident earlier this year). However, in his Bellator debut last December, Zane earned a decision win over Nainoa Dung. 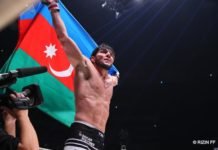 Tofiq Musayev vs. Zach Zane Drops Off Bellator 278 on Friday 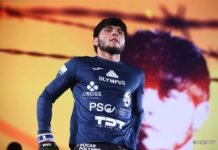