The Bellator 243 weigh-in, both official and later ceremonial, went down Thursday at the Mohegan Sun in Uncasville, CT. The casino and resort complex, with its own arena, is playing host to the next couple of Bellator cards, starting with Bellator 242 at the end of July.

This time out, the show is topped by a lightweight rematch years in the making. Michael Chandler picked up the win over Benson Henderson in their first meeting, a five-round split decision with the belt on the line in 2016. This time out, there will be no belt, and just three rounds to get the job done.

In Friday’s co-main event, heavyweights Matt Mitrione and Tim Johnson, both UFC veterans, collide. The rest of the main card consists of welterweight action in Sabah Homasi vs. Curtis Millender (actually a catchweight), and Myles Jury vs. Georgi Karakhanyan at lightweight.

The preliminary card, meanwhile, offered promising prospects like jiu-jitsu ace AJ Agazarm, Grant Neal, and Valerie Loureda, whose fight with Tara Graff got a little more personal when Graff referred to her social media present as “trashy.” Whether or not Loureda had that in mind when she weighed in Thursday morning, or whether she’ll carry a chip on her shoulder into fight night, is a valid question.

Highlights from both the Bellator 243 official and ceremonial weigh-in can be found below! 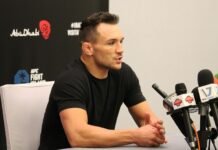 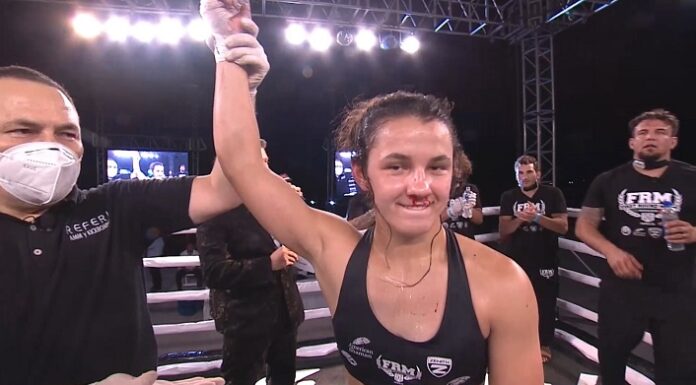