Bellator 243, ACA, and Brave CF’s latest events are the focus of this edition of the Weekly MMA Prospect Report.

Christian Edwards is only 3-0 as a professional but went 3-0 as an amateur as well. Edwards is one of the hottest prospects today coming out of Jackson-Wink MMA and is a sparring partner of UFC light heavyweight champion Jon Jones. A young kid but he has the attributes to go really far in this sport. Edwards has some sick Thai clinch work with nice knees and elbows. He lands often stepping in with strikes and finishes in the clinch with excellent work. Also mixing in a few takedowns while showing solid cardio. He’s also already gone three round and looked really good. He fights Ahmed Samir Hefny (1-1).

Note: Edwards is no longer on the card as Hefny withdrew.

Dalton Rosta is an NCAA wrestler, took part in jiu-jitsu and boxing from a young age, and played one year of college football for Youngstown State as a linebacker. He’s 2-0 in Bellator and as a pro and an amateur he has finished all of his fights. Rosta is still raw but is an excellent wrestler and has a good top position. He just needs to work on his striking and cardio. He fights Mark Gardner (1-1).

After going 6-0 as an amateur Neal is currently 3-0 as a pro. Neal is a wrestler first. If he doesn’t finish the fight early he can dominate the fight with relentless takedowns. Once he gets his hands clasped he will dump you on your back in a big way. Neal stays busy with ground and pound and can throw at the same pace and pick it up later in the later rounds even. He fights Hamza Salim (5-2).

Vakhaev is a talented heavyweight at only 27-years-old. He a striker who understands distance management. He throws good long punches and kicks and does an excellent job coming in with strikes and finish with knees in the clinch. He’s shown to be a well-equipped counter striker making guys pay when they rush in on him. Vakhaev stays calm and picks his shots while conserving his energy well. He fights Denis Smoldarev (14-6) who is a good test.

Zamir Aripshev has a background in hand-to-hand combat but outside of that there is not a lot of info on him. However Aripshev is a fireball on the feet rushing forward throwing wheel kicks and huge overhands. It’s not the greatest look but once he’s on the mat it’s more of a controlled chaos from there. He throws active ground and pound to improve position to eventually get the TKO stoppage. I’m not fully sold on him but he’s been dominant lately. He fights Adlan Bataev (12-3) which is a tough fight for Zamir.

Currently riding a three-fight win streak Malin Hermansson is one of my favorite female prospects. She does needs some work on her takedown defense but it has been getting better. She holds her hands low down at her waist which makes her hard to read. She has some sharp hands and throws from a lot of different angels. Outside of her sharp striking, good movement, and speed she has some decent grappling as well. She fights Elin Öberg (2-1).

Only 6-0 as a pro, Ismail does have a lot of experience in combat sports. He has a background in muay thai winning multiple fights. He was also a two-time Canadian boxing champion. He’s a very technical striker and although he has never finished an MMA fight he’s been dominant. He utilizes a lot of tools in the clinch with knees and elbows and from range with his slick boxing overall. Obviously going the distance six times he has solid cardio. He fights Bernardo Sopai (7-1) who is a good prospect in his own right. 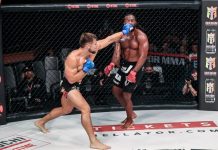 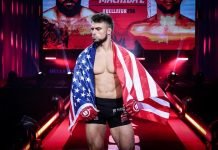 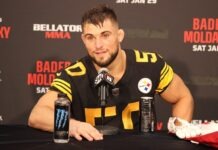