Jose Flores took on Matt Frevola on Dana White’s Contender Series back in 2017. Flores was immediately dropped by Frevola in the first round of the bout. But Jose was able to hurt Frevola with rear legged body kicks as he is a southpaw and his opponent was an orthodox fighter. The kicks of Flores really stood out in the fight as almost all of them were landing and he was using them very successfully to manage distance. Jose showed ample experience on the ground, threatening multiple submissions off of his back as well as defending against submissions from his opponent and all the while constantly improving his position. The first round was very eventful but Frevola marginally had more impactful moments.

Flores was unable to defend most of the takedowns by Frevola, which ultimately proved to be his Achilles heel in the fight,  but was able to turn to his jiujitsu to continue to threaten his opponent on the ground. Frevola eventually trapped Jose Flores in a submission after a chaining together multiple submission attempts, with an exhausted Flores struggling to defend them. Flores was fatigued after spending so much time on defense and wound up caught in an arm-triangle choke, losing at 3:32 of the second round.

Jose’s opponent Matt Frevola was picked up by the UFC on that night and has had a good career with the promotion so far. Frevola has faced some quality opposition since being picked up, beginning with his first bout in the UFC and first pro loss to standout prospect Polo Reyes. Frevola received a hard-fought majority draw to Lando Vannata in his sophomore fight with the UFC on UFC 230.  Frevola also beat both Jalin Turner and Luis Pena in his two most recent bouts. So it’s safe to say that Jose Flores was up against some very good competition in his first Contender Series appearance, and someone who has already fared very well in adjusting into the UFC.

Since appearing on DW’s Contender Series in 2017 Jose Flores has beaten two fighters under the Combate Americas promotional banner. Somewhat important to mention that Flores didn’t fight for almost two years after his fight on the Contender series but has often taken time between his fights over the course of his career.  Jose Flores took out Eduardo Bustillos, who had a pro record of 5-4 at the time they fought, back in June of 2019. Flores was able to win the fight in the very first round after his opponent was forced to technically submit due to injury. Then, six months later, Flores fought Clarence Brown, who had a 1-3 pro record at the time. Flores was able to finish this fight by rear-naked choke in the very first round. Those two bouts were enough to get him another shot on the Contender Series.

Flores will be taking on Jordan Leavitt this Tuesday night. Unlike Jose’s first DWCS opponent Leavitt is a southpaw. This takes away one of Jose’s most heavily utilized weapons for his stand up — the rear legged body kicks. Though those were an effective method in hurting Flores’ previous Contender Series opponent, it is definitely possible that high kicks and leg kicks could be just as effective. At the very least, Flores’ kicks could be used to provide distance in order to prevent Leavitt from taking him down.

But Leavitt is also undefeated and has a similar number of professional fights as Jose’s first opponent on DWCS. Leavitt does a lot of his work on the ground and has three submission finishes in his professional career.  Jordan’s entire six-fight pro career has taken place in under three years as he has been extremely active, with most of his opponents having winning records but having little professional experience. For Jose’s second DWCS appearance it’s going to be of paramount importance that he controls where the fight happens by utilizing good takedown defense. If Jose can make sure the fight happens on the feet where he can utilize his kicks and strikes against a less experienced striker in Leavitt he has the best chance at winning. 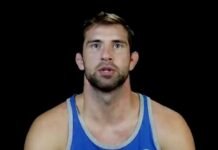