Dana White’s Contender Series (DWCS) returns this week, kicking off a new season for the fighting show. A chance for prospects and regional veterans alike to fight their way into the UFC, the short-format (five fights in a night) shows have proven popular with fans and fighters alike. With The Ultimate Fighter days behind us, this is perhaps the best look at who’s ready to break into the UFC, and who could be with a little more seasoning.

Past editions of the show have produced talents like Sean O’Malley, Edmen Shahbazyan, Johnny Walker and more. Who’s going to break out this year? Good question. We’ve got your week one breakdown right here!

Kevin Syler was originally scheduled against Cross for the first week of DWCS, but had to drop off the card. This is a super fun bout and a better fight than Cross/Syler. All three of Cross’s losses are by submission so that is a bit concerning. With Cross being so aggressive and pressing forward he could easily walk into a takedown. I’m just not fully sold on the wrestling ability of Robinson. Of the footage available I really like what Robinson brings to the table and I won’t be surprised if he gets the win. I favor Cross though because he’s shown a lot more in his career and the fact that Robinson is taking this fight on days’ notice. Skill for skill I think both have a lot to offer but Cross to me has more valuable weapons. 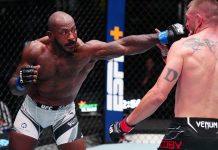