ONE Championship returned to action on Friday, July 31 with No Surrender, marking the promotion’s first event since the onset of the coronavirus pandemic.

Joining a number of the world’s biggest MMA outfits, including the UFC, Bellator MMA, and Invicta FC, ONE’s No Surrender card was held in an empty venue, sans fans. For the first event back, the festivities took place in Bangkok, Thailand, with a heavyweight emphasis on Muay Thai. In fact, two of the promotion’s Muay Thai titles were on the line at No Surrender, at both flyweight and featherweight.

In the co-main event, featherweight action saw champ Phetmorakot Petchyindee Academy put his title on the line against Yodsanklai Fairtex. Challenger “Yod” was a former WBC Muay Thai World Super welterweight known as “the boxing computer” for his tight technique. Phetmorakot Petchyindee Academy meanwhile was the inaugural and reigning featherweight Muay Thai champ in ONE, and was making his first title defense.

The main event saw flyweight Muay Thai champ Rodtang Jitmuangnon in his third title defense. With over 260 wins to his name, Jitmuangnon was actually looking to bounce back from a loss outside ONE. Challenger Petchdam Petchyindee Academy was a former ONE kickboxing champ. The pair had met twice before, with the series tied one apiece.

Also on the card, in MMA action, multi-sport star Stamp Fairtex, putting her perfect record on the line against Sunisa Srisen.

Check back some fight time, 8:30 AM ET for full results from ONE Championship: No Surrender! 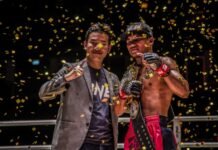 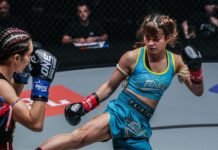 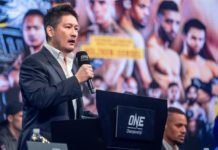 ONE Championship Returns to Action on July 31 with No Surrender

Bellator 243: Tara Graff Predicts Her Hand Will be Raised Friday, Voices Opinion on...