With the hype of Fight Island just around the corner, there is a treat for MMA fans and video game enthusiasts come July 11.

If you are the type of person with an attention to detail and happened to fully view the poster for UFC 251, you would have noticed in the bottom left hand corner that EA will be revealing information about their fourth installment of the UFC game franchise with UFC 4. 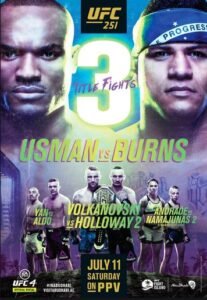 Not much is known about the game in terms of who will be on the roster and the different game play modes have been kept very secretive, but all shall be revealed when eyes are on the Fight Island with UFC 251: Usman vs. Burns. As if Fight Island couldn’t get any more special, EA teases fight fans with the release of more details and information about the game.

Who Will Be On The Cover?

Who will be on the cover is one of those hot topics of discussion and fans and even fighters such as Darren Till have taken to graphic design and imagined their dream covers, showing just how excited they are. Being on the cover of the UFC game has become a similar privilege to how football players hold such high regard of being placed on each year’s Madden edition.

Possible fighters to grace the cover could be the obvious choices like Khabib, Stipe Miocic, or any of the champions. Personally I feel I would hand over my money quicker if Amanda Nunes was granted the honour. The way she has dominated her opponents and defended both of her titles has given her esteemed status in the fighting world. To add this honour with the UFC cover would be vindication after the grief she took for cancelling her fight with Valentina Shevchenko at UFC 213 hours before the event was supposed to start due to having chronic sinusitis.

No matter who gets the cover, you know EA will have multiple different editions that will entice people willing to spend their money.

With this being the fourth installment it is a pretty exciting time for MMA gaming fans as the graphics and game play have fully evolved since EA’s UFC 1 released in 2014.

If you are excited for EA’s UFC 4, what game modes would you like to see or what fighter would you like to fight as to gain the virtual UFC championship? As well, who do you think will grace the cover of this edition? 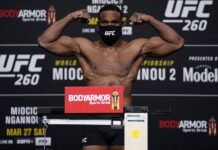 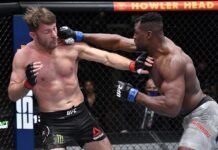