Narrative: Camur is anther fighter coming off a win last Summer on the Contender Series. He took out Fabio Cherant which lead him to receive that UFC contract from Dana White himself. Camur although young in his career is a promising light heavyweight prospect, and training out of Strong Style Fight Team with heavyweight champion Stipe Miocic helps. To possibly hand Camur his first career loss is Justin Ledet. Ledet is in dire need of a win due to losing his last two fights.

Shawn Bitter: Ledet was someone I thought had some potential coming into the UFC. I believe where Ledet went wrong was when he moved down to light heavyweight from heavyweight in 2018. He’s just much slower, shows plodding footwork, and is just not as comfortable. Camur is still green and this is by far his toughest fight to date. Ledet is finally going to have someone that is not as dangerous as Camur has power but isn’t as athletic as Rakic and Walker. This is a close fight as Ledet could keep this fight on the outside to stay away from the power of Camur. I’m taking Camur by decision as I think he will actually use his wrestling and effective ground and pound he’s shown in the past.

Max Freedman: While Camur is still green in his skill set, Ledet just hasn’t shown the same speed, quickness or overall talents at light heavyweight that led him to three UFC heavyweight wins. I expect Camur to be well-prepared for this one behind his strong heavyweight teammates at Strong Style. The newcomer gets it done either with a late finish or a close decision.

Kristen King: The fight between Aleksa Camur and Justin Ledet at UFC 246 is certainly an interesting match-up. The consensus heading into this fight seems to be that the promotional newcomer in Camur is set to pick up another stoppage win, and it is not wrong to expect such an outcome. Camur is undefeated with a record of 5-0 and has finished all his fights by way of knockout/technical knockout. The Ohio-based fighter has a devastating right hand and a diverse approach to his striking, which can be a problem for Ledet. Ledet is not an easy opponent by any means and does pose some threats to Camur, depending on the way he chooses to approach the fight. I do not believe we have seen Camur tested on the ground yet, so that may be an area that Ledet, a blue belt in Brazilian Jiu-Jitsu and holder of five wins by way of submission, could look to exploit. Also, Ledet is the taller and longer fighter, so if he were to use those advantages properly, he could avoid the right hand of Camur and just jab him for however long the fight goes. Despite all of this, I think this fight favors the style of Camur a little more, so I am expecting an early stoppage against Ledet.

Marcel Dorff: Aleksa Camur is undefeated and earned a UFC contract by defeating Fabio Cherant during the DWCS last summer. Camur trains at Strong Style with UFC Heavyweight champion Stipe Miocic and has impressed so far in his professional MMA career. His opponent Justin Ledet had a great start to his UFC career with three wins at Heavyweight. But since his drop to Light Heavyweight Ledet got absolutely vanished by Aleksandar Rakic in one of the most one-sided beatdowns of 2019. After that he was stopped very quickly against Johnny Walker. There are literally no backings here to pick Ledet. I think Camur gets it done. Camur via TKO (R1)

Ryan Fortune: In a light heavyweight match-up between Aleska Camur and Justin Ledet, I favor Aleska Camur to get the victory inside the distance. Both fighters carry red flags, with Camur still being relatively green and young in his career. This fight is his toughest test to date and his prior competition was not the most challenging. He is only 24-years-old though, so you have to believe he is developing between each fight at Strong Style Fight Team in Cleveland, Ohio. He has won all of his professional and amateur bouts via knockout, leading to potential concerns about his cardio if the fight heads into the later parts of the fight (he hasn’t been to the third round in his career) if he can’t get the stoppage. Ledet on the other hand, is winless at light heavyweight inside the Octagon, and hasn’t fought in almost a year. His two losses at 205 pounds are nothing to be ashamed of though, as they were to ranked fighters in Johnny Walker and Aleskandar Rakić. Ledet has also shown in both of his light heavyweight fights that he can be hurt, getting dropped against Rakic and finished in seconds against Walker. Although he does have a more experience inside the Octagon, and does possess a considerable reach advantage over Camur in this match up, I believe Camur is the faster fighter and will find the shot that puts Ledet out to win his UFC debut. Although, this is not a confident pick and I wouldn’t be shocked if the veteran Ledet sneaked out a win here.

Keith Shillan: UFC Heavyweight champion Stipe Miocic’s training partner Aleksa Camur steps into the Octagon for the first time in hopes of being the next Strong Style MMA product to carry UFC gold. The undefeated fighter is a power puncher with all five of his wins coming by way of knockout. He packs a big wallop due to sitting on his punches to generate force. He works behind a jab and does well to bounce his head off the center line to get into range to unload a barrage of punches. He does well to not just hunt the head but work the body also. The 24-year-old can fight like a berserker refusing to take a step back and pressing forward throwing everything hard. He doesn’t look to take the fight to the ground often but when he does it is usually from the clinch where he can land hard ground and pound. His takedown defense is a bit of a liability at this part of his career. Camur’s opponent, Justin Ledet was once viewed as a promising heavyweight prospect and rattled off three wins in the division. He made the ill-advised move down to Light Heavyweight where he got smoked by Aleksandar Rakic and Johnny Walker in back to back fights. The former professional boxer doesn’t have the huge speed advantage he once had at Heavyweight. El Blanco is still a very technical boxer, who works behind a stinging jab. He has the propensity to be tentative which could hurt him if he doesn’t match Camur’s output. The Texas native is an extremely underrated grappler and is a submission threat. Camur appears to have a promising future in the division but is still very raw for the division. It is possible he could catch the chin of Ledet and end it early, but I see Ledet using good footwork and boxing to pick apart Camur at range to win a close decision.

Anthony Walker: I’ll take Camur to win his UFC debut. Ledet hasn’t looked particularly effective at 205 and he’s served as an effective launching pad to legitimacy for Johnny Walker and Alex Rakic. I’ll take the undefeated prospect who appears to be the superior athlete.

UFC 246 goes down Saturday, January 18, 2020 at the T-Mobile Arena in Las Vegas, Nevada. The main card airs live on PPV after prelims on ESPN (TSN in Canada) and UFC Fight Pass. 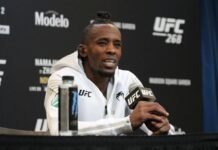 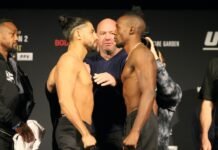