Earlier this week it was announced that top bantamweight prospect, the “Raging Panda” Julia Avila had been signed to the UFC. As deserving of a signing as it is, it still left the MMA community scratching their heads in regards to Sarah Kaufman’s future.

When it comes to pioneers in the women’s divisions, discussions can’t be had without mentioning former Strikeforce and current Invicta FC bantamweight champion Sarah Kaufman.

The 25-fight veteran has fought and beaten a who’s who of notable MMA fighters and continues to show that she’s nowhere near finished as evidenced by her current run as Invicta champion. Having not fought since May 2018 when she successfully defended her title against Katharina Lehner, Kaufman has been very vocal and open with her willingness to fight everyone and anyone as soon as possible.

Unfortunately for the perpetually underrated Kaufman, she had a fight lined up following Invicta FC 32 when the continually impressive Julia Avila dominated Alexa Conners on route to a second-round TKO victory. This is prefaced with ‘unfortunately’ due to the fact that Avila would end up breaking her thumb in her win, therefore, requiring her to get surgery and take some time off.

But now that she’s back, Avila has been signed to the UFC as she announced this week, thus leaving Kaufman happy for her yet frustrated with her own situation.

“Happy for Avila and wish her all the best…can’t play the pity game in MMA but man it can be frustrating. Just have to make the most of what happens next…and I’m sure it’s going to be a fun year” Kaufman said in a tweet on Thursday.

Kaufman has been fighting to get back to the place that she never should have left in the UFC since 2015 when she lost a split decision to the debuting future flyweight champion, Valentina Shevchenko. The fight was the last on Kaufman’s contract. 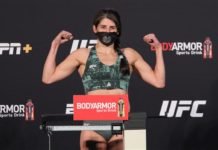 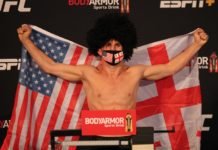 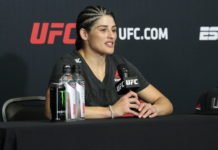