Alex Polizzi, a former collegiate wrestler, will be taking on fellow undefeated prospect and former kickboxer Cedric Savage on Saturday and we got his thoughts on the fight and more.

6-0 as an amateur, Alex Polizzi is looking to improve to 3-0 as a pro. He will look to do that this Saturday for Chosen Few FC 16. He will go against fellow 2-0 prospect Cedric Savage.

Shawn Bitter: First of all, how did you get into MMA?

Alex Polizzi: I wanted to continue being competitive after my collegiate wrestling career. MMA was a natural next step.

SB: Where were you born and currently where are you living?

AP: Born in Beloit, Wisconsin, but currently, I live in Madison, Wisconsin.

SB: Can you speak about your wrestling career like when you started, how long you had done it?

AP: I started wrestling in fifth grade after realizing it was a good way to hurt people legally. I’ve been wrestling since. 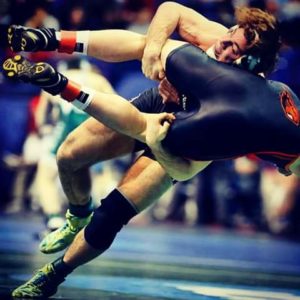 SB: Who are you currently training with? Who are some of your main sparring partners?

AP: I train at Chosen Few Gym in McFarland, which lets me scrap with pro teammates like Alex Gilpin, Mark Lemminger and Dante Schiro. We’ve also got a bunch of really talented amateurs, hungry to prove themselves.

SB: How is the weight cut to 205? What is your diet plan? What do you usually walk around at?

AP: Comparitively easy. I usually walk around at 214 so cutting just involves going from my normal four gallons of milk a week down to two.

SB: You’re fighting Cedric Savage. What do you think of him as an opponent and how do you feel you match up? Any prediction on the outcome?

AP: He’s another undefeated fighter who I very much look forward to fighting. As a habit, I don’t study my opponents in order to keep my gameplan exactly that, mine. Outcome? A fun Saturday night.

SB: Has it crossed your mind that this fight could be a qualifier for the Contender Series?

AP: Not at all. The only fight that matters is the one in front of you.

SB: What is the meaning behind the nickname “Eazy”?

AP: It was coined by teammate Alex Gilpin, so the original meaning would come from him. I’m assuming it’s because my fights look easy, plus it rhymes well with Polizzi.

AP: XBOX, but I’m saving up for a Nintendo Switch. 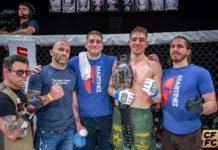 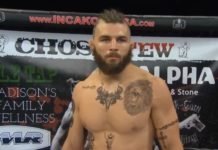