Here’s a look at last year’s list, with Chris Fishgold and Ottman Azaitar both making it to the UFC in 2018:

Hardman is arguably the most UFC-ready prospect coming out of Australia right now and he’s somehow only 23-years-old. Hardman is a killer with all seven of his finishes by TKO/KO. The power in his hands is ridiculous along with impeccable hand speed and accuracy. Hardman is predominantly a striker, but he has solid takedown defense and has showcased big ground-and-pound. He’s the reigning XFC and Australian FC champion and with a win or two, Hardman will make his debut in the UFC. He was on my list last year but was sidelined for the duration of 2018 due to an injury. 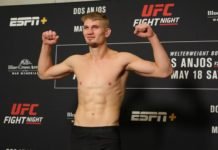 Austin Hubbard vs. Mark O. Madsen Lined Up for UFC 248 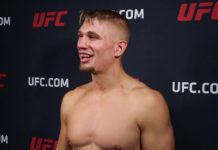