ONE Championship: Eternal Glory kicks off 2019 for the Asian MMA promotion, with a live stream of the bout on Youtube and the ONE app for international viewers.

ONE Championship kicked off 2019 by touching down in Jakarta, Indonesia on Saturday night (local time, Saturday morning in the west). Eternal Glory, their first event of the year, featured a strawweight title bout, as champ Joshua Pacio defended his title for the first time against Japan’s Yosuke Saruta. Satura stepped into the title fight in place of his countryman, Hayato Suzuki.

Also on the card, an anticipated rematch between Christian Lee and Edward Kelly. Their first meeting, in September 2018 at Beyond the Horizon, ended in a DQ loss for Lee after an illegal suplex. 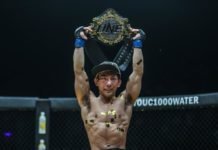 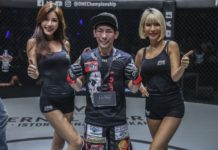 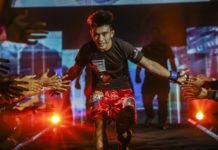