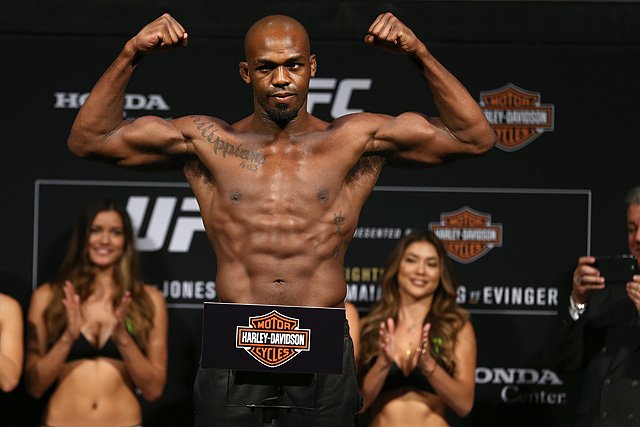 Jon Jones tests from UFC 232 have come back clean and his victory over Alexander Gustafsson for the light-heavyweight championship will stand.

ESPN’s Brett Okamoto reports that per California State Athletic Commission executive director Andy Foster, all of Jon Jones’ drug tests from UFC 232 have come back clean and that there were no traces of the M3 metabolite found.

Breaking: Jon Jones was drug tested by USADA and the California State Athletic Commission on the night of UFC 232 on Dec. 29 and all tests have come back clean. No picograms of the M3 metabolite, which was the source of all the controversy and drama last month, were found.

As widely reported late last month, the Nevada State Athletic Commission did not grant Jones a license to fight in Las Vegas after low picogram levels of the M3 metabolite were found in his system.  Upon investigation, both California and USADA determined that the low levels were residual from Jones’ original failed test back in July of 2017 for turinabol.  With the holiday season, Nevada was unable to grant a hearing for Jones until the week of the fight and rather than take the risk the UFC made the decision to move the event to California who stated they would license Jones.

There was much trepidation regarding Jones’ latest comeback as he was coming off back-to-back incidents of failed drug tests.  At UFC 200 in 2016, he was pulled from the event the week of the fight due to a failed test.  A year later, he returned at UFC 214 to defeat Daniel Cormier and reclaim the light-heavyweight title but was subsequently stripped after testing positive for turinabol and suspended for fifteen months.

With all tests now coming back clean, Jones’ victory over Alexander Gustafsson stands and he officially begins his second reign as light-heavyweight champion.  Reportedly, the UFC is looking to book Jones against surging contender Anthony Smith in March in Las Vegas.  Following the ruling from California, as well these most recent test results, Jones is expected to have no problem being granted a license to fight once again in Nevada.