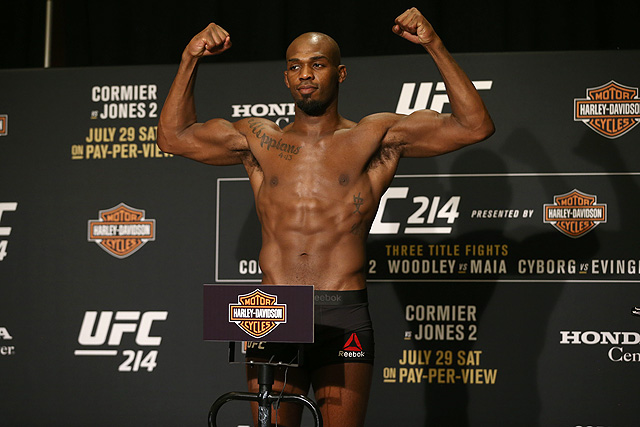 On less than a week’s notice, UFC 232 has moved from Las Vegas to Los Angeles, with a Jon Jones drug test being the motivating factor.

MMA Junkie has the full report on UFC 232 here. USADA’s statement on Jon Jones’ drug test can be found here.

On December 9, USADA revealed to the UFC that Jon Jones had minor traces of a metabolite of turinabol in his system, which is the anabolic steroid Jones tested positive for in 2017. With that knowledge, the Nevada State Athletic Commission (NSAC) determined that they would not have enough time to conduct an investigation into Jones before Saturday’s event. Wanting to keep Jones on the card, the UFC looked to California, who subjected Jones to a random urine test, which he passed. With California licensing Jones to compete on Saturday, the event has moved to The Forum in Los Angeles.

According to USADA, Jones did not test positive for any other metabolite of turinabol, or for the parent drug itself. This led to the decision to not sanction Jones for this test failure. They also emphasized how little of an amount of the drug was found, but Tom Lawlor made it clear that that hasn’t stopped USADA from laying down the law in the past.

Speaking with Cageside Press, a representative from USADA stated: “The key here really is the residual amount remaining in his system. Think of it as double jeopardy. There was no violation since he’s already been sanctioned for taking a banned substance and there is no evidence of re-administration. ”

Longtime rival of Jon Jones, Daniel Cormier, made his thoughts on the situation clear.

Other fighters on the card were not aware of the situation, as evidenced by Megan Anderson on Twitter. They will still be traveling to Las Vegas, then will be transported to California according to MMA Junkie’s John Morgan.

As for fans who wanted to attend the event, full refunds will be offered, but of course, that doesn’t take travel and lodging into consideration.

UFC 232 carries on with the same personnel, featuring Jon Jones vs. Alexander Gustafsson in the main event, and Cris Cyborg vs. Amanda Nunes in the co-main. Except now it’s a bit more out west. 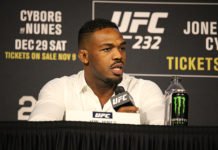