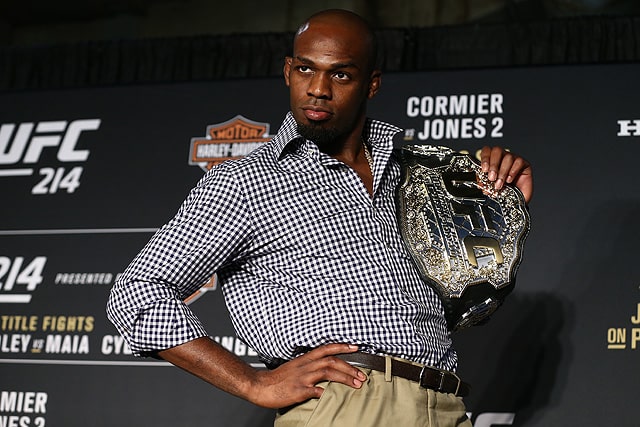 The rematch between Jon Jones and Alexander Gustafsson at UFC 232 was not nearly as competitive as the first bout, with Jones stopping Gustafsson in the third round.

Jon Jones kicked off the UFC 232 main event by going for a takedown but could not get him down. Jones clinched up with Alexander Gustafsson and threw a knee that went low. A stern warning was delivered by referee Mike Beltran and action resumed. Neither fighter was able to connect cleanly early on, and Jones was unable to establish the clinch he wanted. Jones landed his signature lead elbow followed by a front kick. Jones went deep with a single-leg takedown but Gustafsson stayed strong, stuffing the takedown by threatening with a guillotine. An overhand right landed for Gustafsson and Jones ended the round with a body kick.

Jones landed a body kick to start round two, then landed a combination by mixing up levels. Gustafsson avoided a winging haymaker from Jones but ate a body kick. Jones failed on another takedown effort, but ate a knee to the body on the exit. Gustafsson was trying to establish his boxing range, but the most significant strikes were body kicks landed by Jones.

Jones was poked in the eye, causing a pause in action. After the fight resumed, Gustafsson opened up and landed a pair of combinations. Gustafsson kept the pressure on Jones, but ate a solid leg kick for his troubles. The kicks from Jones started to add up, and Gustafsson was showing the effects, not moving as smoothly. Jones landed a spinning back kick to the body as time expired.

A hard left hand landed for Jones at the start of the round, then Jones shot in and landed his first takedown of the fight. Bones immediately started working on his elbows, transitioning to the crucifix. Gustafsson tried to squirm out but was halted by a half nelson from Jones. Instead of taking the back, Jones landed a huge left that seemed to put the lights out. A few more punches and Jones was champion once again.

Jon Jones def. Alexander Gustafsson by TKO (Ground-and-Pound) in Round 3 (2:02) 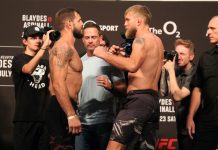 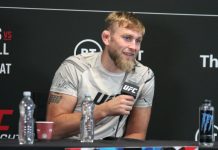 UFC London: Alexander Gustafsson Calls Heavyweight “Good Experience,” But Happy to Be Back to 205