It’s that time of year again! The new year has arrived, and as 2023 gets underway, here’s a look at some of the top heavyweight talents the UFC should look at signing.

Heavyweight is always in need of fresh bodies, and this year is no exception.

First off, a look back at last year’s list, where none of the ten fighters featured were signed to the UFC. Hugo Cunha instead signed with ONE Championship, losing his debut. Oleg Popov, meanwhile, has signed with Bellator MMA, and will debut for the promotion this February.

Now, let’s take a look at 10 heavyweight prospects the UFC should sign in 2023! 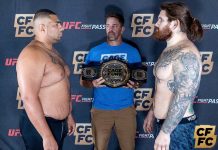