UFC 281 saw Israel Adesanya face off with an old foe in Alex Pereiera, while strawweight champ Carla Esparza attempted to fend off a former title holder in Weili Zhang.

Then you had the “people’s main event” between popular lightweights Dustin Poirier and Michael Chandler. In short, UFC 281 was a deep card, with a lot of must-see fights lined up for Madison Square Garden in New York City.

Atop the card, the aforementioned Adesanya was facing doubts for the first time in a long time, thanks to Alex Pereira holding two wins over him from their kickboxing days. While yes, Adesanya had been winning the second fight until he was knocked out by a left hand, the result was the same regardless. And Pereira had been all but cherry picked by the promotion as a foil to “The Last Stylebender” who was quickly culling the herd at 185lbs.

Esparza, meanwhile, had a second chance at a first title defense on Saturday. One-and-done as the UFC’s inaugural women’s strawweight champion, eight years later she had won back the belt, and was now tasked with shutting down Chinese ex-champ Weili Zhang.

With Frankie Edgar’s retirement fight also planned for Saturday’s main card, it was bound to be a historic night — and once the dust settles you can tune in for the UFC 281 post-fight press conference. A live stream is available in the embed above. 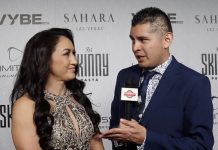