With 26 finishes between them, the chances of a stoppage in Abdurakhimov vs. Pavlovich were high.

The heavyweights did not disappoint.

After a touch of gloves, both hulking heavyweights took the center of the octagon. Two low kicks from Abdurakhimov missed. Both fighters exchanged hooks, but neither landed. A jab from Pavlovich did land. Pavlovich connected with a hook and a knee that hurt Abdurakhimov in a wild exchange. Abdurakhimov landed a right hand thirty seconds later.

It was an impressive return to action for Pavlovich, who had been out of action for twenty-eight months. The Russian fighter is now on a three-fight win streak and reminded the entire division that he is one formidable heavyweight — with three straight finishes.

For Abdurakhimov, that is three straight knockouts. He could find himself outside of the UFC for his next outing. 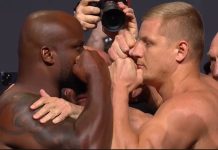 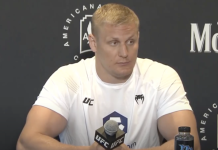