ONE Championship’s Only the Brave arrived Friday, airing live from Singapore and set to determine the finalists in the promotion’s ongoing featherweight kickboxing world grand prix.

The top two bouts were the tournament semifinals, with Sitthichai facing Davit Kira on one side of the bracket, while Smokin’ Jo Nattawut took on Chingiz Allazov in the other semifinal match-up. An alternate bout, featuring Ivan Kondratev verus Dovydas Rimkus, was set to unfold earlier in the evening.

On the MMA side of things, South Korea’s Kim Jae Woong faced off with China’s Tang Kai, while Jarred “The Monkey God” Brooks looked to make it two wins in ONE Championship, and four in a row overall, when he faced Hiroba Minowa of Japan.

Update: ONE officials have confirmed that Woong vs. Kai is off. “Kim Jae Woong had to withdraw from his fight against Tang Kai due to an undisclosed medical issue,” the promotion stated on social media early Friday. As a result, Hiroyuki Tetsuka vs. Edson Marques has been promoted to the main card.

Full results from ONE: Only the Brave can be found below. A live stream of the action, where available, can be viewed above. The event gets underway on Friday, January 28, 2022 live from Singapore.

ONE Championship: Only the Brave Results 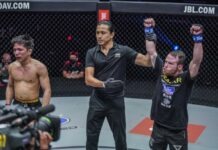 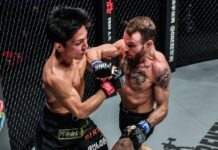 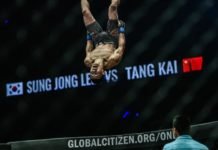 Full Card for ONE Championship’s Only the Brave Announced