ESPN was first to report the news. Las Vegas police confirmed to Cageside Press earlier this month that Sonnen had been issued five battery citations stemming from an altercation at a hotel involving five separate victims.

On Thursday, all charges were dismissed without prejudice, which means they can be brought again at a later date.

Sonnen’s side of the story was eventually told by fellow UFC alum Brendan Schaub, who revealed the popular retired fighter had been standing up for his wife in the incident.

“The American Gangster” was never arrested in the incident, merely escorted off hotel property. Sonnen, who tends to cover about just every subject across his many platforms, has perhaps wisely remained silent on the matter.

Aside from throwing down with five individuals in a Las Vegas hotel, Chael Sonnen last fought (officially at least) at Bellator 222 in 2019, facing Lyoto Machida — only to be put out by a flying knee. In his prime, he twice competed for the UFC’s middleweight title, losing both times against Anderson Silva. He would also craft a pro wrestling style persona, playing “the bad guy” and revolutionizing self-promotion in the fight game.

Sonnen eventually challenged for light heavyweight gold against Jon Jones, despite moving up in weight and coming off a loss to Silva at the time.

He also tested positive for multiple banned substances in 2014, later fessing up to using just about any advantage he could get. He didn’t mount a defense. “The rules are clear. I broke them,” Sonnen told the Talk is Jericho podcast at the time. “You gotta get punished, and I was. And I’ll honor it.”

After retiring during the ensuing suspension, Sonnen returned to competition for Bellator MMA in 2017. He would later finish his rivalry against another Silva, Wanderlei, which was sparked on The Ultimate Fighter: Brazil, but ended when Sonnen out-wrestled “The Axe-Murderer” at Bellator 180. Sonnen would finish out his career 2-2 in Bellator MMA. 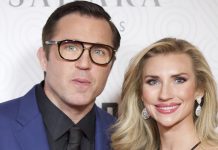 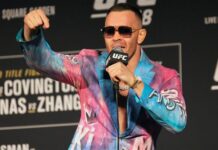