Tyson Pedro will finally return to action this April, after being plagued by several injuries.

Eurosport.nl was first to report the news that Pedro will be back in action against Ike Villanueva on April 23 at a yet-to-be-announced UFC event. A source close to the situation would subsequently confirm the light heavyweight booking to Cageside Press.

Pedro (7-3) has been out of action since his third-round TKO loss to Mauricio “Shogun” Rua in his home country of Australia in 2018. In the fight with Rua, he suffered a bad knee injury that would need complete reconstruction. Pedro was close to returning to the octagon in 2020, but he suffered another injury, forcing him to pull out. Pedro holds wins over Khalil Rountree and Paul Craig.

In April, Villanueva (18-13) will most likely be fighting for his job. After picking up his first UFC win last year January by knocking out Vinicius Moreira, he would drop back-to-back fights. “Hurricane” would end up finished by Marcin Prachnio via a body kick and then lost via TKO to Nicolae Negumereanu in his most recent outing.

Villanueva told Cageside Press that this is a do-or-die fight for him.

The UFC’s April 23, 2022 event does not have an official location, venue, or broadcast plan announced. 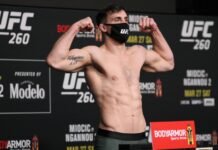 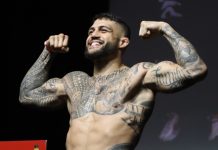