Dana White’s Contender Series winner Louis Cosce will be looking to secure his first win inside the UFC octagon when he returns to action against Preston Parsons this April.

Cosce (7-1) and Parsons (9-3) are set to face off in a welterweight clash at the promotion’s Fight Night event on April 23, 2022. Cageside Press confirmed the booking with a source familiar with the situation, following an initial report by Eurosport.nl.

Cosce won his way into the UFC on the Contender Series in 2020, making short work of opponent Victor Reyna. That TKO win earned him a contract on the same night brother Orion also won a UFC deal.

Making his debut at UFC 255 at the end of 2020, Cosce was finished by Sasha Palatnikov. He has not fought since, sitting out all of 2021.

Parsons also came up short in his promotional debut, ending up finished at the hands of Daniel Rodriguez back in July. The loss snapped a four-fight win streak for Parsons, with all four victories coming under the Combat Night Pro banner.

The UFC’s April 23 Fight Night event does not have a location, venue, or broadcast plan officially announced. Thus far, no other fights have been reported for the card. While all Fight Night events since the onset of the coronavirus pandemic have taken place at the Apex in Las Vegas, save for a handful of shows in Florida and Abu Dhabi, the UFC recently announced it was heading back on the road, with Columbus, Ohio in March official. 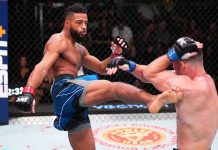 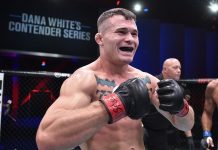 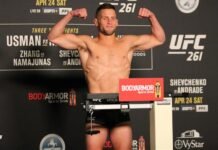