Thanks to a fight with Maxim Grishin falling through, Ovince St. Preux was moving back to heavyweight at UFC Vegas 30. Stepping in on short notice to meet him was Tanner Boser, looking to get a bad taste out of his mouth after a controversial loss to Ilir Latifi.

The fight served as the co-main event of the Fight Night card. The question, would OSP fare better in his second heavyweight outing? And could Boser avoid the Von Preux?

Early on, there was some feeling out, with Boser keeping up a solid pace as one of the more mobile heavyweights. His left hand kept OSP on the outside; St. Preux was lagging behind in volume. While eating some heavy leg kicks from Boser.

The lack of activity from St. Preux continued in the second. Boser continued to find success with kicks. A minute in, OSP changed levels, looking for a takedown. Boser defended for a moment, but St. Preux would complete the attempt, and end up in half-guard. Boser, however, managed to work his way up, aided arguably by the fence, which allowed him to land a knee on the way up. St. Preux was rocked, and a couple of follow-up strikes was all it took for Boser to seal the deal.

HEAVY strikes to earn the finish! 🇨🇦@BulldozerBoser gets it done in one! #UFCVegas30 pic.twitter.com/zSNdrmZKCN

In his second fight in just 21 days, Boser had the finish. 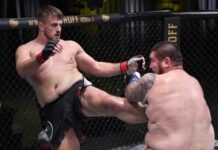 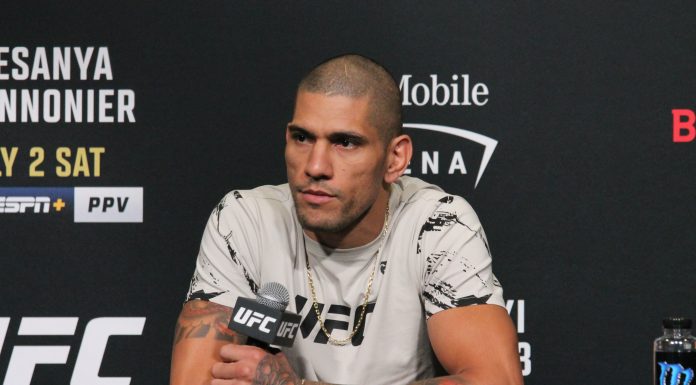