A pair of UFC bantamweight prospects will collide in September.

MMA DNA was first to report the news that Montel Jackson will fight Batgerel Danaa on September 18 at a yet-to-be-announced UFC event. Both fighters would subsequently confirm the booking on social media.

Jackson (10-2) got back to his winning ways in March when he finished Jesse Strader in less than two minutes. Before that, he has his three-fight win streak snapped against Brett Johns last year at UFC Fight Night: Figueiredo vs. Benavidez 2 on ‘Fight Island.’ “Quik” would lose a unanimous decision. Jackson is 4-2 in the UFC since joining in 2018.

Since losing his UFC debut to Heili Alateng in 2019, Danaa (9-2) has been on a two-fight roll. In the Mongolian’s only fight in 2020, he knocked out Guido Cannetti in the first round at UFC 248 to kick off the show. He would follow that knockout with another first-round finish at UFC 261 this year in April. Danaa would finish Kevin Natividad in 50 seconds.

A win for either fighter will move them up the division closer to a top 15 opponent.

No location, venue, or broadcast details have yet to be announced by the promotion for UFC’s September 18 event. No main event has been announced yet.

So far, the September 18 fight card has two reported bouts: 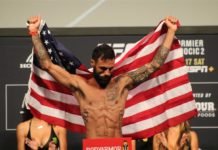 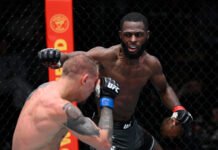