Andreas Michailidis is a 32 year old fighter that will be appearing in his second UFC fight at UFC Vegas 25. Michailidis stands at just  6’0″ tall and only has a 75″ reach. However, he is a very large man, and carries a lot of weight for his frame.

Over the course of Michailidis’ pro MMA career, it can clearly be seen that he began to struggle more and more with cutting the weight to 185lbs. Early on in his career, Andreas would often come in under the limit even some times at 184lbs. But eventually Andreas missed weight at 185lbs. outside of the UFC and took a catchweight bout at 195lbs.

I’d also classify Michailidis as a “tweener” as that gap between 185lbs. and 205lbs. is a large one, that a lot of fighters seem to fall into. Andreas is one of those guys. ‘The Spartan’ made his UFC debut in July of last year in the light heavyweight division and now will be attempting to move down to middleweight in order to have a little more of a physical advantage against his opponents. This will Andreas’ first middleweight fight since April of 2019. 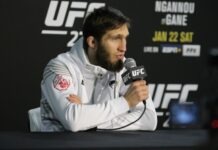 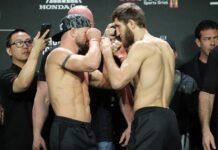 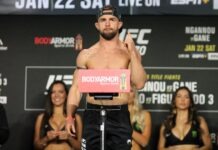