Venum and the UFC unveiled the first fight kits of their new partnership on Tuesday morning with many similarities to what was previously available under Reebok.

After more than five years with official clothing sponsor Reebok, the UFC unveiled their newest partnership with Venum on Tuesday morning with a photoshoot featuring several fighters.  Upon launch, the UFC unveiled several of the different options that the athletes will have available.

When you find the perfect fit… it just feels right 🐍

By comparison, the new Venum fight kits look similar to what was available to fighters at the end of the UFC’s Reebok deal with colors like blue, green, black, and yellow to wear in the cage.  Identical to the Reebok kit, all the uniforms will be customized with the fighters names and champions will have a special black kit with gold trim.  There is also additional apparel such as hoodies, hats, pants, and rash guards.  The kit was available online on Tuesday morning with fans already having the option to customize their apparel for an additional price.  At the UFC store, prices began at $80 for the new jerseys and $150 for the walkout hoodies.

In a statement, Venum said:

VENUM‘S understanding of what MMA fighters need while training and competing will be seen throughout the product line including the ‘Fight Week Gear’ and ‘Fight Night Kit’. The Fight Night shorts will be incredibly light and comfortable, providing a second-skin-feel thanks to their “featherweight” microfiber material. The waistband will utilize thermo-bonded and extra-flat elastic seams to perfectly adapt to the shape of the athlete’s body. The side slits will provide total freedom of movement, a well-known VENUM trademark.

Venum has provided apparel for combat sports athletes for several years, previously providing fight shorts for UFC fighters Jose Aldo, “The Korean Zombie” Chan Sung Jung, and others.  The Venum fight kits will make their debut at this Saturday’s fight night that will air on network television on ABC. 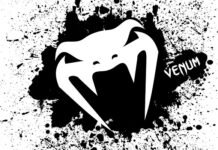