A guaranteed fireworks featherweight match-up has been set for May’s UFC 262 pay-per-view.

Initially reported by Brazil’s Combate, a pair of ranked featherweights will collide at at the event on May 15, as No. 15 Edson Barboza takes on No. 12 Shane Burgos.

Burgos (13-2) had his three-fight win streak snapped last June when he lost an absolute war against Josh Emmett at UFC on ESPN: Blaydes vs. Volkov. The fight was on many end-of-year lists for the Fight of the Year. Before his epic fight with Emmett, Burgos submitted Kurt Holobaugh in 2018, finished Makwan Amirkhani in 2019, and went to a split decision with Cub Swanson in 2019. Burgos was supposed to fight Hakeem Dawodu at UFC 257 in January, but Dawodu pulled out with a shoulder injury.

Barboza (21-9) got back in the win column with a victory over Amirkani via unanimous decision in October on ‘Fight Island.’ The Brazilian could easily be on a three-fight win streak with wins over Dan Ige, and Paul Felder had the judges seen things a little different. Those fights were very close. Barboza will try and hold his No. 15 spot when he fights Burgos. It was also reported recently that Barboza has signed a new contract to stay with the UFC.

No main event for UFC 262 has been revealed just yet, but the rest of the card now looks like this: 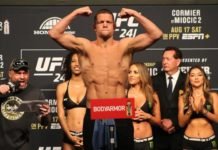 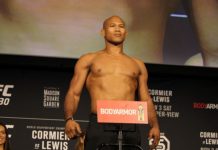