The stars of yesteryear will be bringing their talents to the digital age as Mike Tyson will take on Roy Jones Jr in a boxing exhibition on Saturday night.

Bradley Cooper tells @AliPlumb about the time he thought @MikeTyson had managed to reposition Zack Galifianakis' beard with a punch when they were shooting The Hangover 👊😳 pic.twitter.com/EdK4NXxLH3

It is fitting that the first “legends” fight of this magnitude involves these two men.

Is there an athlete that has found a better way to have a second life in the digital age than Mike Tyson?  He has become an entrepreneur, businessman, and pop culture icon all after hanging up the gloves.  For a man who hasn’t thrown a punch in the ring since 2005, he has done a fantastic job of staying in the spotlight.  His appearances have been far and wide, from his successful Hotboxin’ podcast, his pigeon racing show Taking on Tyson on Animal Planet, his one-man stage show Mike Tyson: The Undisputed Truth on HBO, and plenty of talk show and commercial appearances in-between.  Considering his heyday in the ring was in the time before social media, it is a testament to his enduring popularity that he has amassed over 13 million followers on Instagram.  As his iconic cameo in The Hangover once put it: “He’s still got it.”

Of course, none of those men are who you’re paying to see on Saturday.  The man the show has been built around is the one who went 37-0 to open his career in the 90’s.  People are tuning to see the man dubbed “The Baddest Man on the Planet” who became the youngest heavyweight champion in history exactly 34 years ago this week.  Throw half of his victories in a hat and you’re bound to pull out a classic: the knockout of Larry Holmes, the finish of Michael Spinks, the stoppage of Trevor Berbick, and others.  He was also part of the highest selling fights of the day, with his infamous fight against Evander Holyfield, the rematch, and his fight with Lennox Lewis all breaking records at the time.

He has been given a decorated dance partner who deserves praise in his own right.  Newer fans of the sweet science have grown accustomed to seeing Roy Jones Jr. as an analyst for HBO where he has been ringside to call the action for the stars of the past like Manny Pacquiao and Floyd Mayweather.  He is one of the rare athletes to have reached great heights in their career and parlay it into a successful career on camera discussing their beloved sport.  His credentials have never been in doubt, with no less than one of MMA’s pound-for-pound greats and argued GOAT Anderson Silva saying his dream would be to fight with Jones if he were ever to leave MMA to try boxing.

If there is a fountain of youth, then Jones must own property nearby.  While much has been made of the age of both men, it appears almost lost on the casual fan that Jones was still an active boxer as recently as 2018.  Though it was removed from his days where he was facing the likes of Antonio Tarver, Felix Trinidad, and Bernard Hopkins, Jones still ended his career on a four fight win-streak to bring his record to a Hall-of-Fame worthy total of 66-9.

The promotion of the event is built around the idea that both men will be recapturing the form of their glory days for one final night in what will be a spirited contest.  The critics say that the numerous restrictions and sheer age of both men will lead to a disappointing showing that would not have been worth the price of admission.  It is expected that the reality will end up being somewhere in the middle.

If there is one hope, it is that the idea of the exhibition leads to more opportunities.  Basketball saw a resurgence with the Big 3 league that brought entertainment and employed players whose time to make a significant impact in the NBA had passed.  Tennis and golf frequently see a legends circuit where fans can see crafty veterans continue to display their skills without having to overcome the challenge of the ever youthful competition.  Tyson has made it clear that while he may or many not compete again, he does intend to employ more athletes and give them an outlet to continue competing and performing for the public who still desires to see them.

The undercard is comprised of legitimate boxers for the purist crowd, while the pay-per-view portion will be testing the drawing power of today’s social media stars once again.  Youtuber Jake Paul, who’s brother Logan famously fought fellow social media “influencer” KSI at the Staples Center last year, will be taking on NBA veteran and former Slam Dunk champion Nate Robinson.  The fight expected to deliver the best boxing? It will come from veteran Badou Jack, who takes on up-and-coming Blake McKernan in the second night of the pay-per-view. 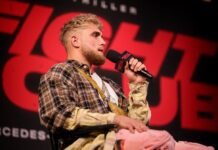 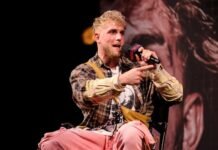 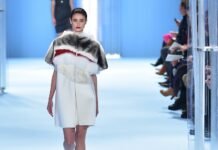