Mike Tyson has arguably had the greatest impact on combat sports at a cultural level since Muhammad Ali. The rise and fall of Tyson, and his return to pop culture in a surprising and inspiring second act, is the stuff legends are made of. And Tyson very much is just that. A legend.

So it should be no surprise that in his return to boxing, at 54 years young in an exhibition bout against fellow old timer and legend in his own right Roy Jones Jr., all eyes are on him.

Yes, there aren’t supposed to be any knockouts. Or real judges. Or a winner. Or scores awarded. The rules are designed to keep this a glorified sparring match at best. But then, the last time a retired boxing superstar returned for an exhibition bout, Floyd Mayweather knocked out Tenshin Nasukawa in Japan.

We all know what we’re hoping for in this one. Just a glimpse of the old “Iron” Mike, once the Baddest Man on the Planet. One last look at that power, the sheer violence and intensity that few others could match. As for Roy Jones Jr., who retired on a much better run than his legendary counterpart, it’s a no-lose situation. If he wins, he cashes in, if he loses, he cashes in. Oh, wait, there aren’t any official losers.

A free live stream of the Tyson vs. Jones undercard can be found via Fite.tv, which also hosts the official PPV. Results from the event can be found below. The free pre-show/undercard kicks off at 8PM ET. 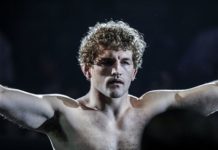 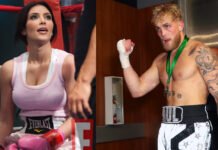 Celebrity Boxing: Some History as the Next Wave Rolls In